No Man's Land
The season premiere kicks off from where the season ended, the aftermath of the battle between the
Dadealus and the two Hive ships. A desperate order is given to pursue the Hives and engage despite
both of them not being battle ready and to complicate things Weir is ordered back to Earth to brief
the IOA. 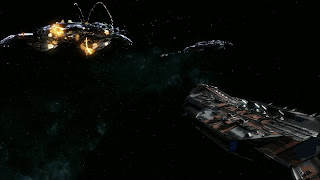 Misbegotten
With the captured Hive ship under going analyst the prisoners are being held on another world dosed
up on the Wraith anti-viral drug but as before it's ability to keep them unaware of who and what they
are is over estimated.

Irresistible
While searching for unused Stargates the team come across a small but tidy villiage with an many
mighty fine looking women including SGU's very own Julia Benson (Vanessa James). The cause
of this is one very unlikely "hero" called Lucius (Richard Kind) who seems to be loved by everyone
and eventually that includes the Atlantis personnel all except Sheppard.
A funny episode, Richard is fantastic as I guess the Harry Mudd of Stargate. 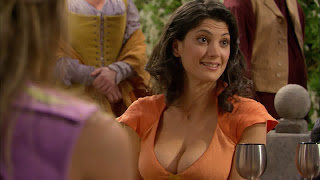 Sateda
Ronon is taken prisoner after visiting a village he had passed through when he was a Runner.
He is once again taken by the Wraith and returned to his homeworld of Sateda there is be the
game in one final hunt for his captors.
A good solid action episode adding to Ronon's backstory, some good McKay humour as well.

Progeny
An intact fully populated Ancient city, too good to be true?
Well of course it is, nothing is ever that easy in the Pegasus galaxy. 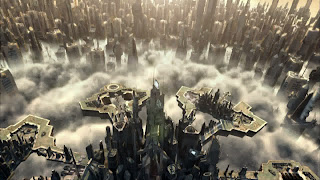