I've had the Battlestar Galactica on pre-order for a while from Eaglemoss and while I prefer the original design there is a lot to like about this one. It doesn't hurt that the detail and build quality of the model is excellent. 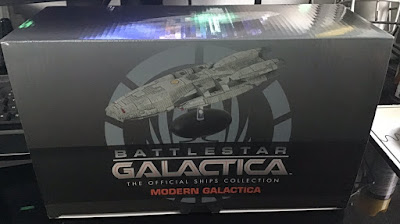 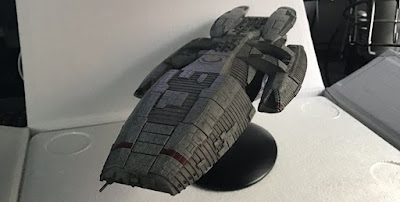 Posted by Jarrak at 17:14 No comments: Links to this post

I recently rewatched the 1953 classic movie "The War of the Worlds" and then saw a youtube review of a model from the movie and well it really really looked nice so I bought one. I didn't go to the extra expense of a lighting kit but the green plastic does reflect light and appears to shine. 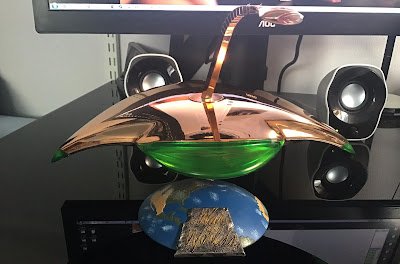 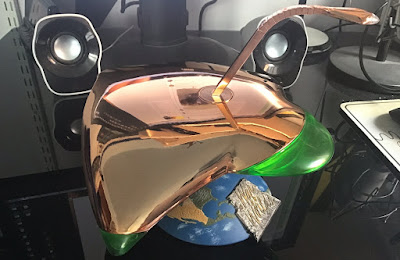 Posted by Jarrak at 17:06 No comments: Links to this post

Email ThisBlogThis!Share to TwitterShare to FacebookShare to Pinterest
Labels: 1953, Tripod, War Machine, War of the Worlds

Exodus by Nicholas Sansbury Smith
My rating: 5 of 5 stars

The fourth and final novel in the Orbs series sees the last desperate role of the dice both from the remaining crew of the NTC Ghosts of Atlantis and those from the biosphere as potentially the last of humanity leave Earth as free beings. A journey to Mars to meet up with the earlier NTC expedition and perhaps to make a new home free of the "Organics" and their masters on a world already devoid of most of is water is the only hope but it's no safe haven. The Organics are waiting but Dr Winston's commune with the aliens gives the survivors a small edge and together and apart the revelations of the aliens plans and goals are fully revealed.
The final novel in the series is for me the most enjoyable, more alien tech/scifi hardware focused worked well with the foundations laid down in the previous novels. The surprising twists were also most satisfying and the ongoing trend of sacrifice for the greater good felt right given the opposing viewpoint of the guiding force behind this invasion and so many more fallen worlds and civilisations. This novel got the fifth star because it's worth it and it wraps up a very strong scifi story, there were few "wins" for the characters and humanity which you would expect given the odds they faced but everything fell into place and conclusion was so worth the wait. Stand out character may surprise some but I really enjoyed the AI Alexia and her growth throughout the series, initially met with some mistrust she grew with the human characters and playing a critical role throughout.
I can highly recommend the Orbs series even though the aliens want our water has been done to death in the movies (mostly poorly at that) but here we get a strong and believable narrative with good characters a few of which stick around but most burn bright but leave their mark.


View all my reviews
Posted by Jarrak at 10:35 No comments: Links to this post

Redemption by Nicholas Sansbury Smith
My rating: 4 of 5 stars

Redemption is the the third novel in the Orbs series and we return to an Earth stripped of its fresh water and the oceans slowly vanishing, the death of plant life and reduction in water is rapidly raising the temperature of the planet and it will soon cease to be a home for mammalian life. The inhabitants of the biosphere under the guidance of the AI Continue to struggle to survive as their numbers fall but there are others out there including the NTC submarine which was tasked with monitoring the biospheres but there came a time when they had to act and so together there may be hope that a few more humans can survive the death of the planet.
The pace and tension in the story to escalate in this third novel as the noose tightens on the few surviving humans, those previously unnoticed are forced to act and in doing so will fall to the superior alien forces but options are revealed and the struggle continues.
It's difficult to really go into any detail, this series is a must read for a science fiction fan who is willing to meet the author half way, the characterisation continues to be strong and the situations believable with a little leeway from the reader :)

View all my reviews
Posted by Jarrak at 10:12 No comments: Links to this post

Stranded by Nicholas Sansbury Smith
My rating: 4 of 5 stars

Orbs II: Stranded is the second novel in this four part alien invasion series by Nicholas Sansbury Smith. The survivors of humanity buried deep within cheyenne mountain in the biosphere continue to see a world stripped of water as the fresh water lakes, rivers and other sources have already been harvested and huge machines begin to drain the oceans. Alas the horrors of the new reality are even worse as the alien army repurpose captured humans as "cattle", mounted on spikes they are kept alive to maintain a water source and tensions mount as the marines and scientists clash over what they should about this latest development.
Orbs II is an excellent sequel or continuation of this huge ongoing tale of a credible alien invasion. There are no easy answers and that is where the strong character based writing comes into play counter pointing the world building and action sequences. Once again the whole is more than the some of its parts as I could not put this down thanks to the benefits of reading the first novel and knowing the the third is waiting for me.


View all my reviews
Posted by Jarrak at 09:37 No comments: Links to this post

There But For The Grace Of God — Stargate Archives

There But For The Grace Of God — Stargate Archives

In the latest episode from the Stargate Archives I am joined by Ian to chat about the excellent Stargate SG1 episode "There But For The Grace Of God". 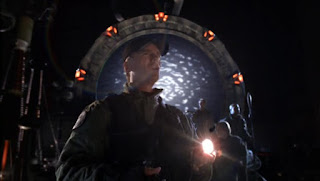 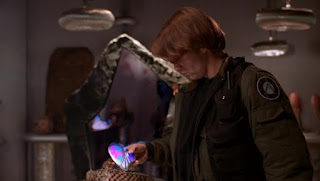 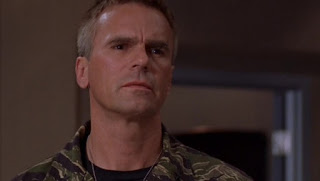 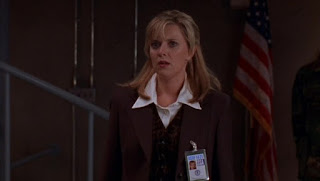 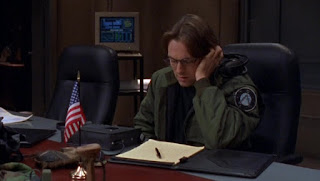 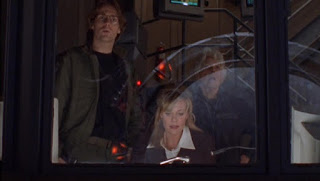 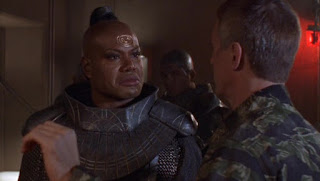 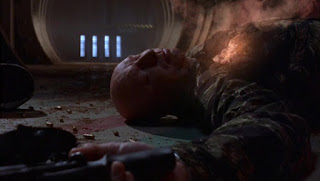 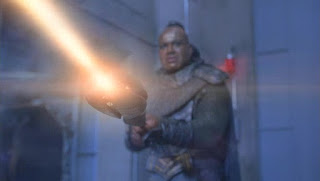 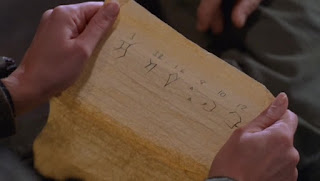 Posted by Jarrak at 22:36 No comments: Links to this post

Email ThisBlogThis!Share to TwitterShare to FacebookShare to Pinterest
Labels: Podcast, SG1, Stargate, Stargate Archives, There But For The Grace of God
Newer Posts Older Posts Home
Subscribe to: Posts (Atom)