Search and Rescue
The search for survivors continues in the wreckage of the warehouse but Michael is on his way
and it'll be neck and neck if the Daedalus arrives in time to protect those on the planet. 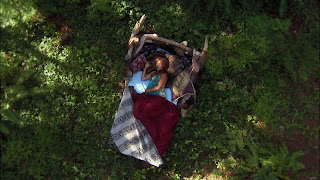 The Seed
Carson is brought out of stasis with a drug devised from the Michael's medical records but then
Keller becomes infected by an Wraith virus and things really start to get spooky. Interesting idea
but not a great episode.

Broken Ties
Ronon is captured by his old comrade Tyre who intends to offer him to the Wraith to reclaim
his standing amongst the worshippers. The trade goes badly and Ronon is taken and brain
washed and it's left to Tyre himself to make ammends and rescue Ronon. Another average episode,
the fifth season gets off to a weak start. Mark Dacascos guest stars.

The Daedalus Variations
The Daedalus appears in orbit despite being reported to be only two days from arriving at Earth.
A jumper is flown up and the team investigate the ship finding it empty and then an energy spike
in the drive system sends the ship somewhere.
Now this was more like it, a nice alternate reality episode something the franchise has done a few
times already with positive results. 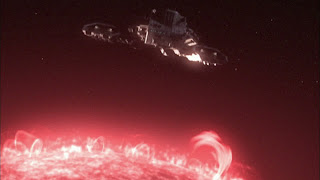 Ghost in the Machine
An intelligence stows away on a jumper and then transfers over to Atlantis disrupting all the
cities systems until it is identified as being a life form and communication begins. Soon more
of it's kind arrive at the city forcing a showdown between these new beings and the expedition
despite their shared history. Michelle Morgan guest stars. 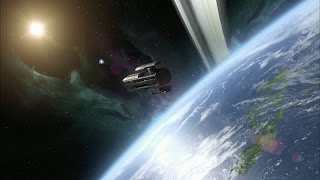