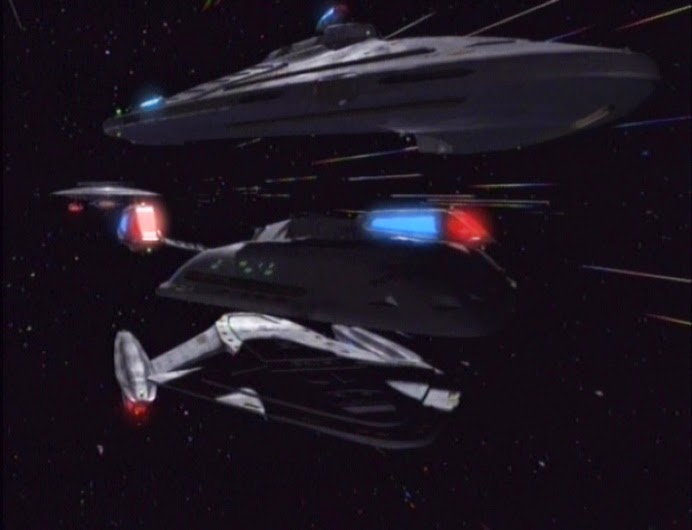 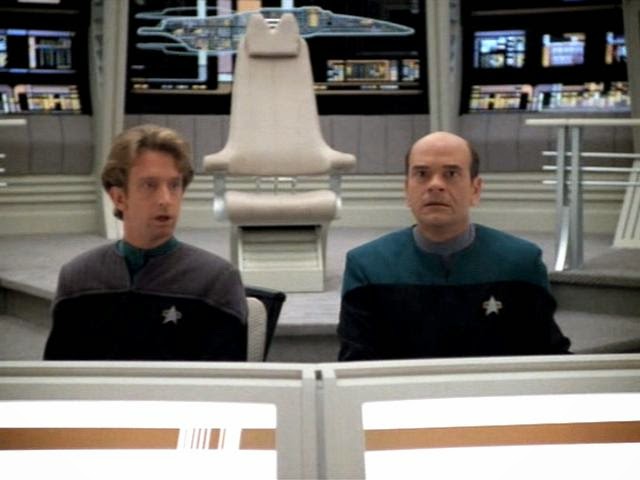 My Random Journey Through Trek #25

In The Voyager Conspiracy we have another Seven story as she explores her former Borg ability to analyze every scrap of data a cube or the collective acquires which is sadly missing from the ability of Voyager. She builds an addition to her alcove to allow her to process data which has been ignored and as she sifts through reports, observations and scan results she begins to draw conclusions that have no bearing to how known events had played out. Slowly but surely her suspicions take root amongst the crew and doubt and mistrust bloom leading to a potential explosive confrontation when not if one or another party act on the information she has provided. 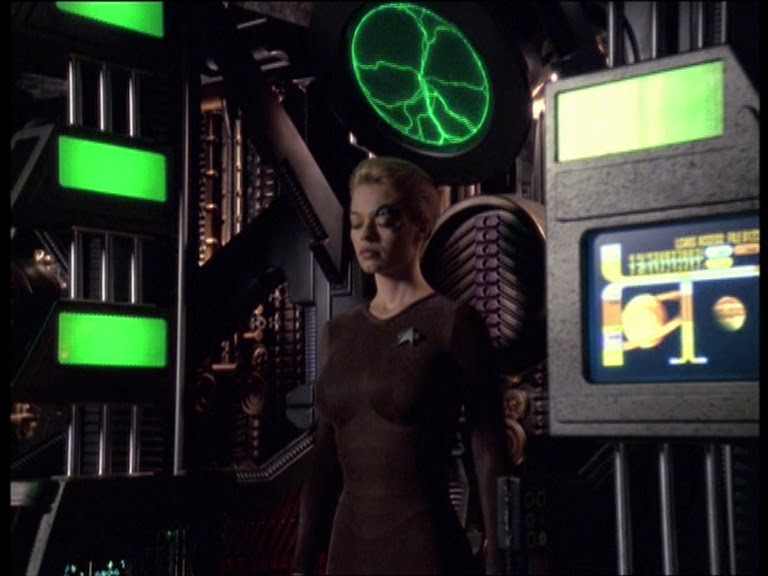 The Voyager Conspiracy is not that bad a Seven episode at all, it clearly indicates how information by itself can never really standalone nor that when viewed in conjunction with other elements is guaranteed to provide a clearer picture of events. It was clever to have Seven come to two very different conclusions based on basically the same information yet disappointing to see the various crew members so easily convinced despite spending so much time on Voyager and living with the people who could not have kept all these plans secret for so long. In that respect maybe a being with more life experience would recognise the winding path they were going down and dismiss the more dubious conclusions but Seven is still very young in terms of social dynamics but again annoying she convinced so many so easily.
I did like young Naomi played by Scarlett Pomers and her interaction with Seven was always fun, the fleas were also an interesting consequence of space travel and I suppose that initial success linking facts together would reinforce Seven's confidence in her abilities. I had to look up the reference to the "Jankata Accord" and processing 30 million teraquads seems like a lot of hard work and to be honest makes Data look less and less impressive year after year :)
Tri Cobalt weapons, cloaked starships, invasion of the Delta Quadrant, year long project, collusion with known and as yet unknown races all make a good story but if Seven had slowed down just a little and engaged her own mind she may have seen through the fog of paranoia and confusion.
Overall I enjoyed the episode, it stands alone quite well and I can easily overlook how some of the characters act and of course they did make use of yet another alien device to jump a few light years closer to home. High points were Naomi with Seven and Janeway's from the heart laying out the truth of the last few years in the same manner Seven had used but in a much softer and compelling way which eventually brings Seven around. Oh yes, coffee not poisoned any more than usual :)

On the latest Gatecast Mike and Alan discuss the Stargate Atlantis episode "Irresponsible" which stars Richard Kind and Robert Davi.

My Random Journey Through Trek #24

Mild mannered Miles O'Brien finds himself being tended to by the doctor after collapsing on the command deck of the station when a plasma conduit ruptured, he seems ok despite some minor concerns and life onboard the station continues as a Romulan transport arrives bringing in a delegation for discussions about the Dominion threat. While Quark is having a frank chat with Miles about the danger darts can bring to paying customers Miles notices well himself across the promenade, the other Miles than shimmers out of existence. Investigating this anomaly indicates some cause for concern but it's not until Miles realises he is actually seeing himself in the future that things start to get more interesting in a bad way. When he sees himself killed by a energy beam he is justified in having a heightened state of alarm but they learn that a monitoring device with bobby trap may have yet to be planted where the Romulans will be quartered and the finger points to the Klingon transport crew docked at the station for repairs. Miles then experiences the destruction of DS9 and in one of those interesting twists "our" Miles is not going to be the one hugging Molly next time she visits :)
Visionary is a good solid addition to the Miles O'Brien centric episodes which appear throughout Deep Space Nine but you can't help but think they were relying a little too much on the stereotyped actions of both the Klingons and the Romulans to make the episode work. That said you can not disagree that the conclusion reached by the Romulan High Command did not have merit but it would have been a stop gap measure at best, eventually the Dominion like the Borg would come a calling.
I can't say I was happy about the basic Klingon freighter crews being decked out in military armour nor the emotionless and abrupt attitudes of the Romulans, it may be inline with how the series was portraying these races but I think they could have done a much better job but I guess these were secondary concerns when compared to how Miles would be reacting to the situations presented.
I did laugh at the stuntman/body doubles wig, it did kinda stand out a bit and you really don't expect to see that level of sloppiness in a show of this calibre but some nice and simple camera setups to make it look like there were two Miles in many of the scenes.
Did I hear right that the stations sensors were scanning up to 2 kilometers, that would mean the orbital slot for the station which would be filled very very quickly, I don't know if it's canon but I've certainly read 5km upwards is the preferred spacing for tight fleet formations and given the range of transporters that seems regulations for their own sake. Odo saying he always investigates Quark, yes the best line of the episode delivered with just enough emotion to make it seem like Odo really really means it and while Miles and is dislike of Temporal Mechanics raised a chuckle it seemed a little forced. 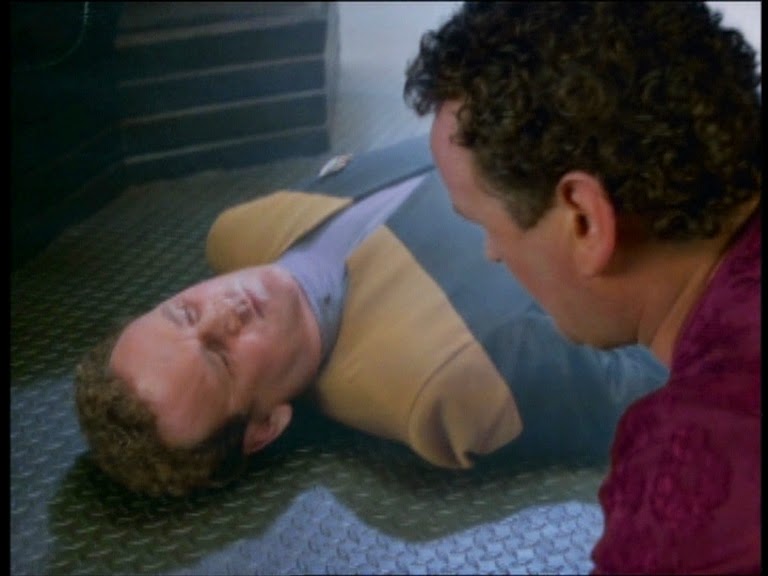 Overall a decent episode of Deep Space Nine more so if you are a fan of Miles Edward O'Brien played to a tee by Colm Meaney.