One of the funniest videos they've done recently.
Posted by Jarrak at 12:01 No comments: Links to this post 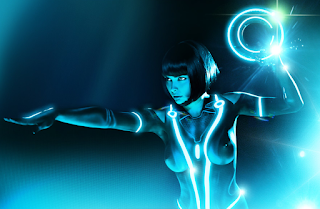 Posted by Jarrak at 10:34 No comments: Links to this post

Is it bad to cheer on the aliens?
Posted by Jarrak at 16:37 No comments: Links to this post

Posted by Jarrak at 22:38 No comments: Links to this post

I've just started watching this History Channel show and I've really been enjoying it. It's a simply premise, a family Pawn business and the customers and items they see on a daily basis. It gets a little repetitive when you are mainlining the 20 odd minutes episodes sans adverts and credits but I like the people and some of the items pawned/sold/bought are very interesting.

It's finally been announced that the Star Wars movies are coming to Blu-ray ont he 26th of September in a number of configurations.

All of the boxsets are up for pre-order with AmazonUK listing the uber collection at a quite reasonable £69.99
The official Star Wars site has the original blurb.
Posted by Jarrak at 15:35 2 comments: Links to this post

The Other Dick
Harry has to go to PI school to allow him to continue to work as a
consultant but this is Harry and well the PI who is teaching the class
turns up dead and complications arise as Harry is found over the body.

The PI's assistant Liz played by Claudia Black
suspects Harry but he knows magic was involved
and they eventually team up to track down the killer.
We have a lot of humour in this episode, dick jokes
and a runninggag with Harry being addressed as
Harvey and great chemistry between Harry and Liz,
Claudia's over the top in yer face performance is great.


What About Bob
Harry gets a little careless and a woman he spends the night with steals
Bob and delivers it to an old enemy. For a reader of the novels this epsiode
really does feel so wrong both with Harry once again with a woman but
the backstory of his father and how Harry came into his power and his
training after his father died.
Lots of flashbacks go hand in hand with the reopening of the investigation
into the death of Justin, Harry's uncle in this series.

Things that go Bump
Seeking refuge Morgan, Ancient Mai and a few friends turn up on Harry's
doorstep but to complicate matters Murphy is already there and with the
defences raised no one is going anywhere anytime soon.
They soon realise the building is cut off from the world and surrounded by
blackness which from time to time manifests figures which seem to tempt
individuals into leaving the safety of the building and entering the void.
With the clock ticking Harry has to discover the cause and solution to this
trap as one by one people die. An excellent episode and was conceived to
save money being in one location and shot in 6 days.

Second City
Murphy's dad pays a visit intent on protecting his daughter from the influence
of a con-artist/grifter known as Dresden or was it to avenge a death
of a partner. The mysterious drowning of a man on a city sidewalk kicks off the
episode as Harry also contends with his doubts over the risk he puts Murphy in
every time he helps her out.

I'm not a fan of this episode, the presence
of Joe Murphy just feels wrong and it gets
bogged down in the relationships or lack
there of. If the show had gone for a full season
or two then this would be just a weak ep but as
the final aired episode and last on the DVD the
show does not end on a high note.


The final disk contains the commentary for "Things that go Bump" and a small behind the scenes feature.
The show is well worth watching but does show it's age (yeah the TV world has changed in 5 years) but
more obvious is the restrictions on such rich source material in terms of the budget and production
timeframe. I'm not going to criticise the results because I've enjoyed the rewatch and without the TV
series I may never have picked up the novel Storm Front and become such a fan of Jim Butcher.
Posted by Jarrak at 23:24 1 comment: Links to this post 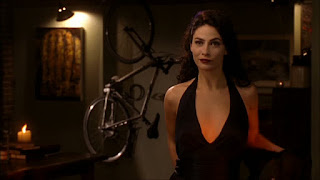 Storm Front
The re-edit of the pilot down to 42minutes eventually turns up as the eighth
episode in the broadcast schedule, never a good thing. As mentioned earlier
Harry investigates the death of a mobster and his girlfriend who both
died through black magic. Harry is also chased down by a demon, deals with
a local reporter and threats from Ancient Mai and Morgan.
There are huge chunks missing in this edit but some of them do turn up
in other episodes but this certainly wouldn't have made a good pilot and
the full version was too different to the actual series. Best of a bad job I guess:)
Posted by Jarrak at 10:07 No comments: Links to this post