No one has ever claimed I got my own jobs done in a quick and efficient manner, other peoples and those I am paid for are a different matter but my own well not so much but nearly there:) 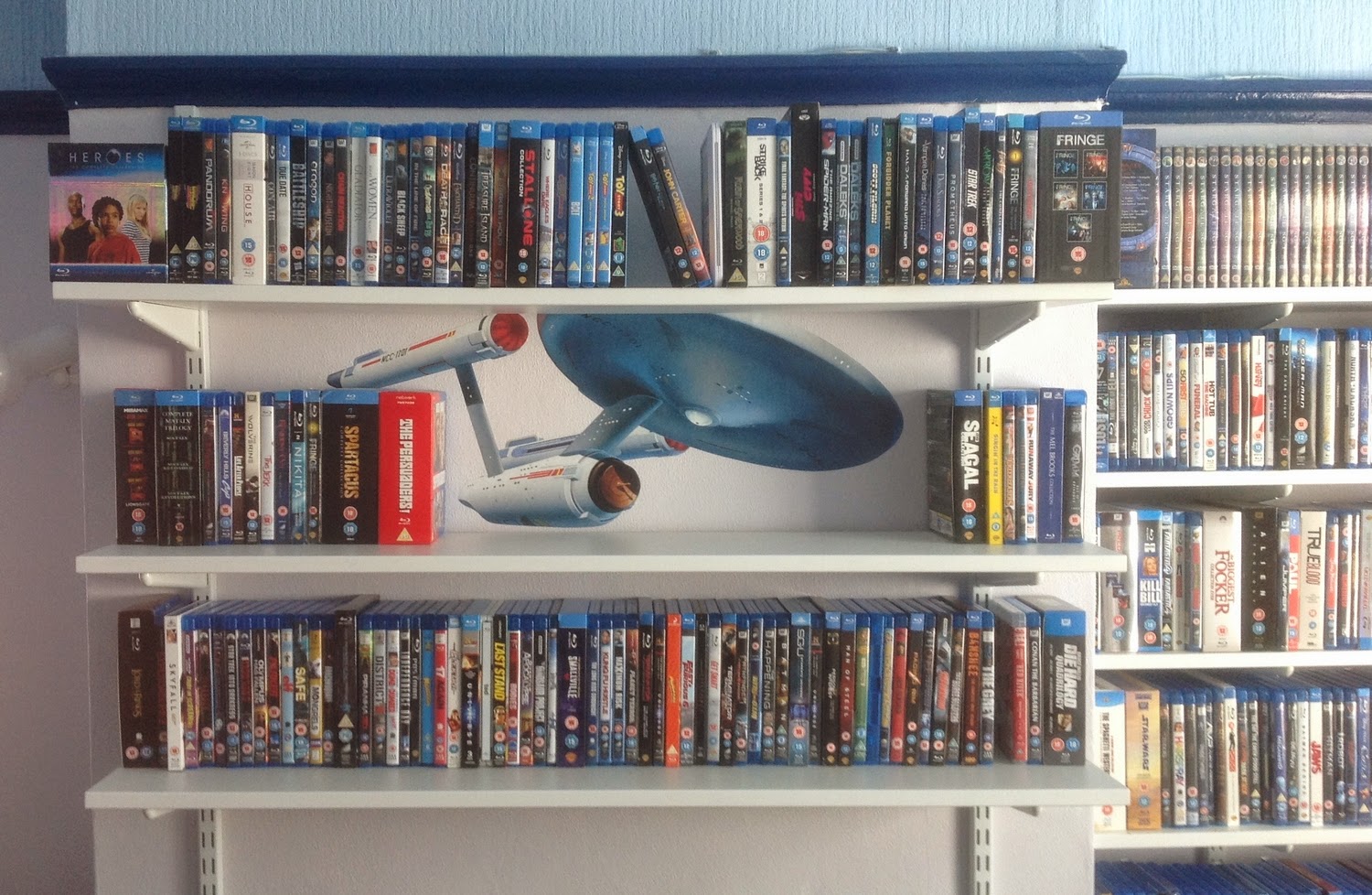 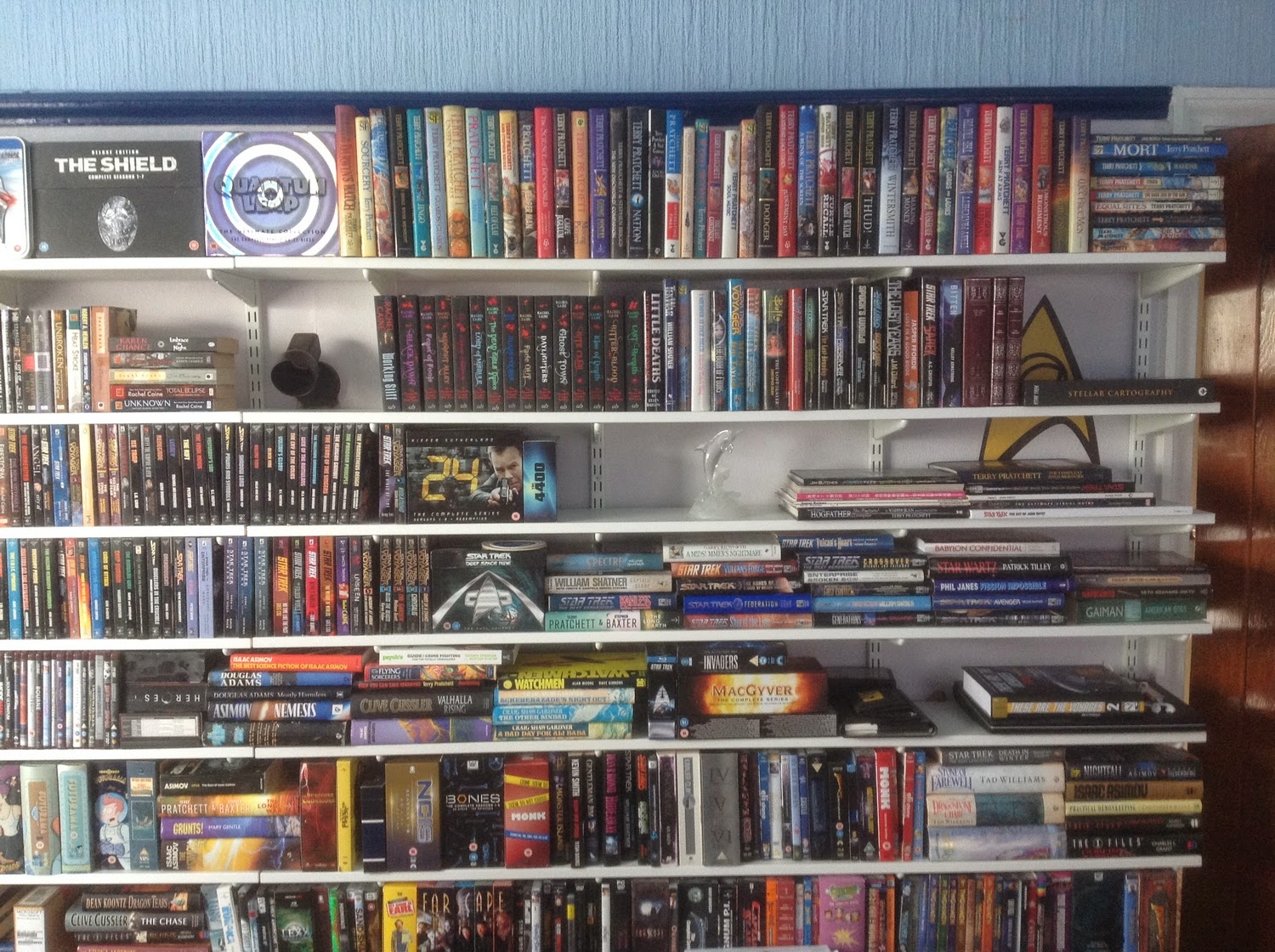 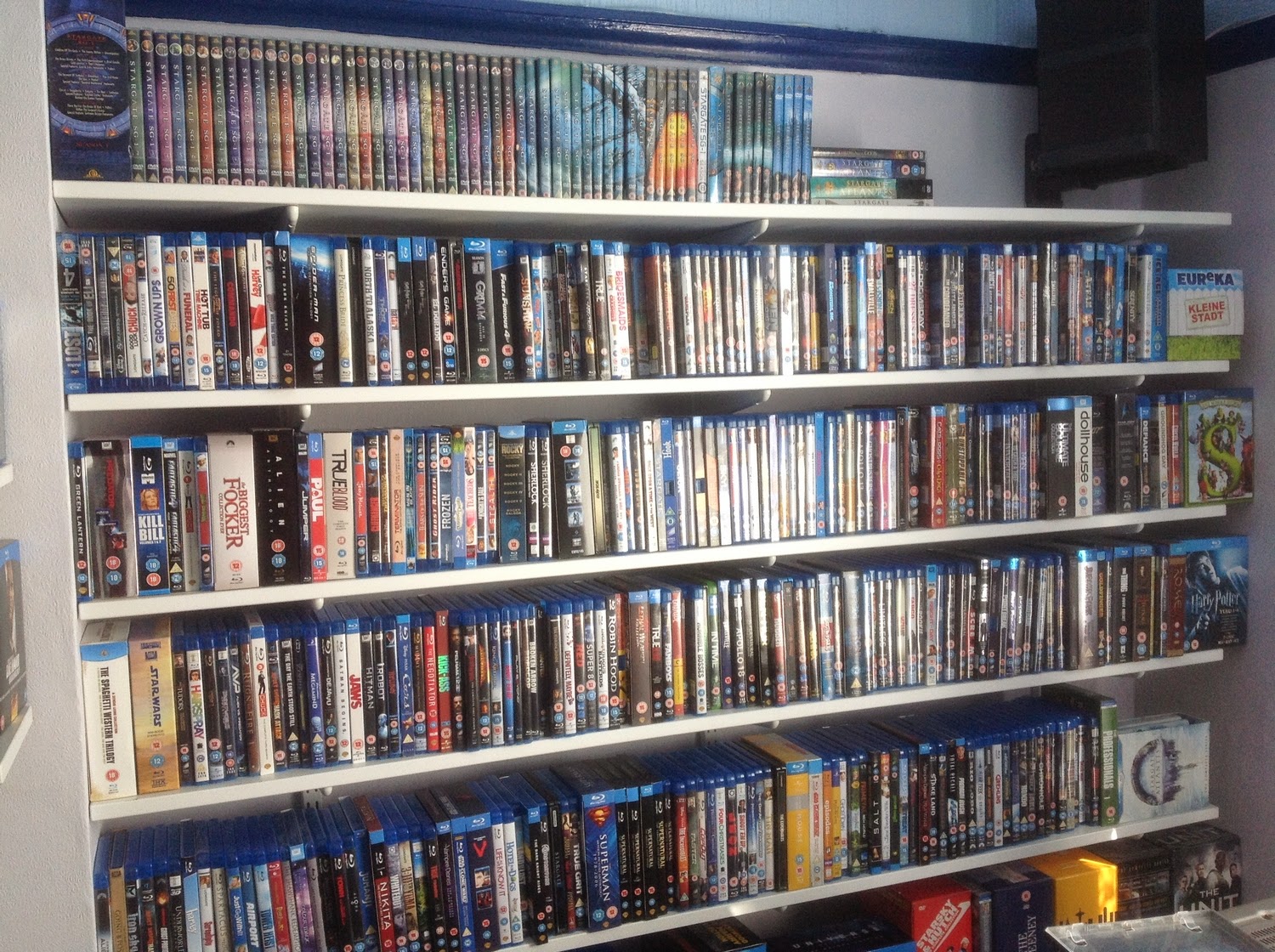 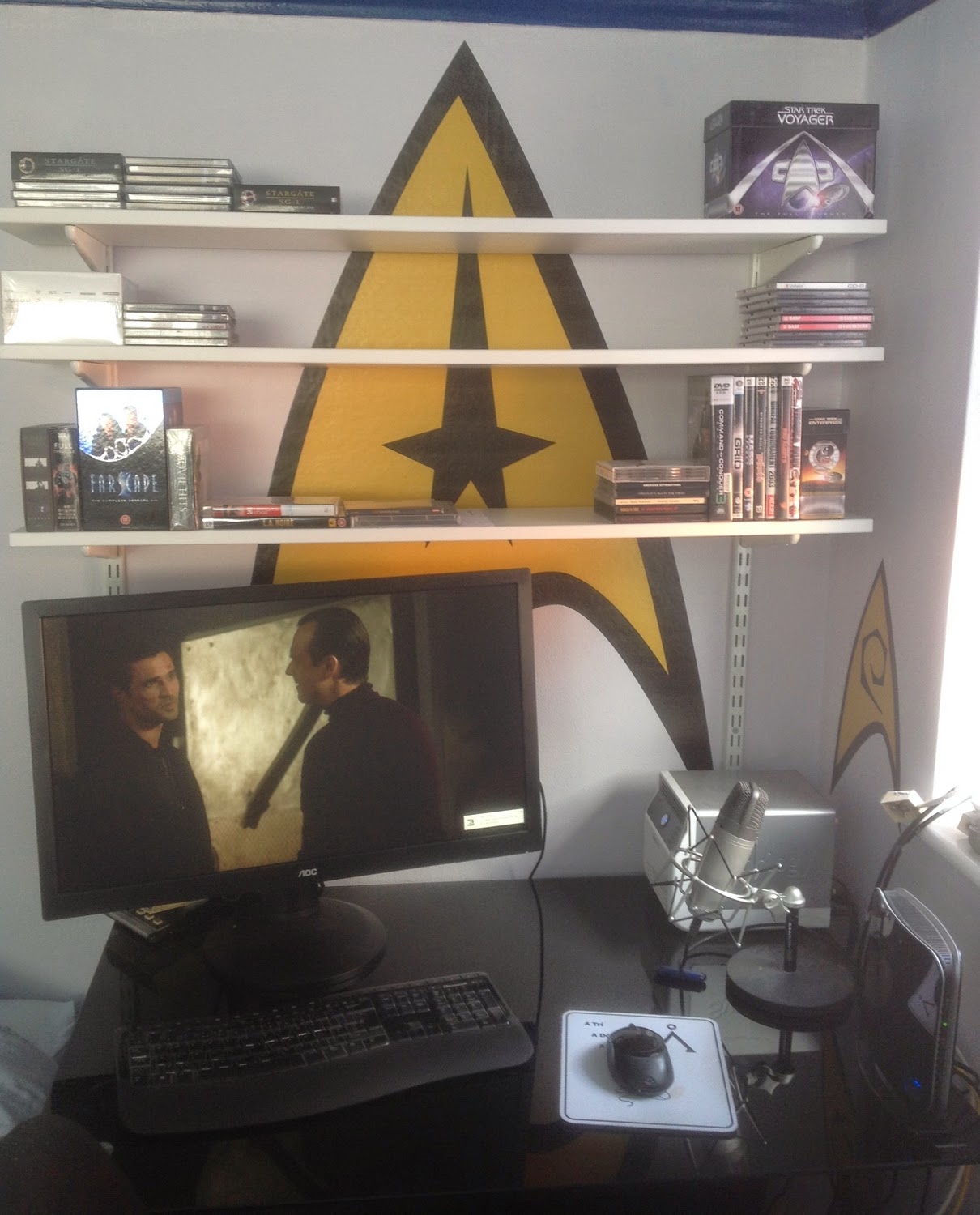 Yes I still had to make some sacrifices with some novels going to the charity shop to look for a new home and of course I already had 90% of my DVD's ripped to the NAS but the up side this is only 2 and a bit walls...
Posted by Jarrak at 11:02 No comments: Links to this post

Well I've been decorating, some new shelves and a new desk for my computer and decided to treat myself to a new monitor as well, this is a 27" AOC Q2770PQU and while it came with no instructions and took me a while to figure out it didn't like my existing cable (used the bundled one) everything is working fine. The picture doesn't really do it justice, it's pretty impressive when compared to my old 19" monitor and there is simply so much screen space to work within.


Posted by Jarrak at 18:20 No comments: Links to this post

These Are The Voyages

The second season of Star Trek the original series is covered in the second volume of These Are The Voyages written by Marc Cushman with Susan Osborn. My copy arrived from the publisher this morning as part of my support of their Kickstarter last year, looks mighty impressive:) 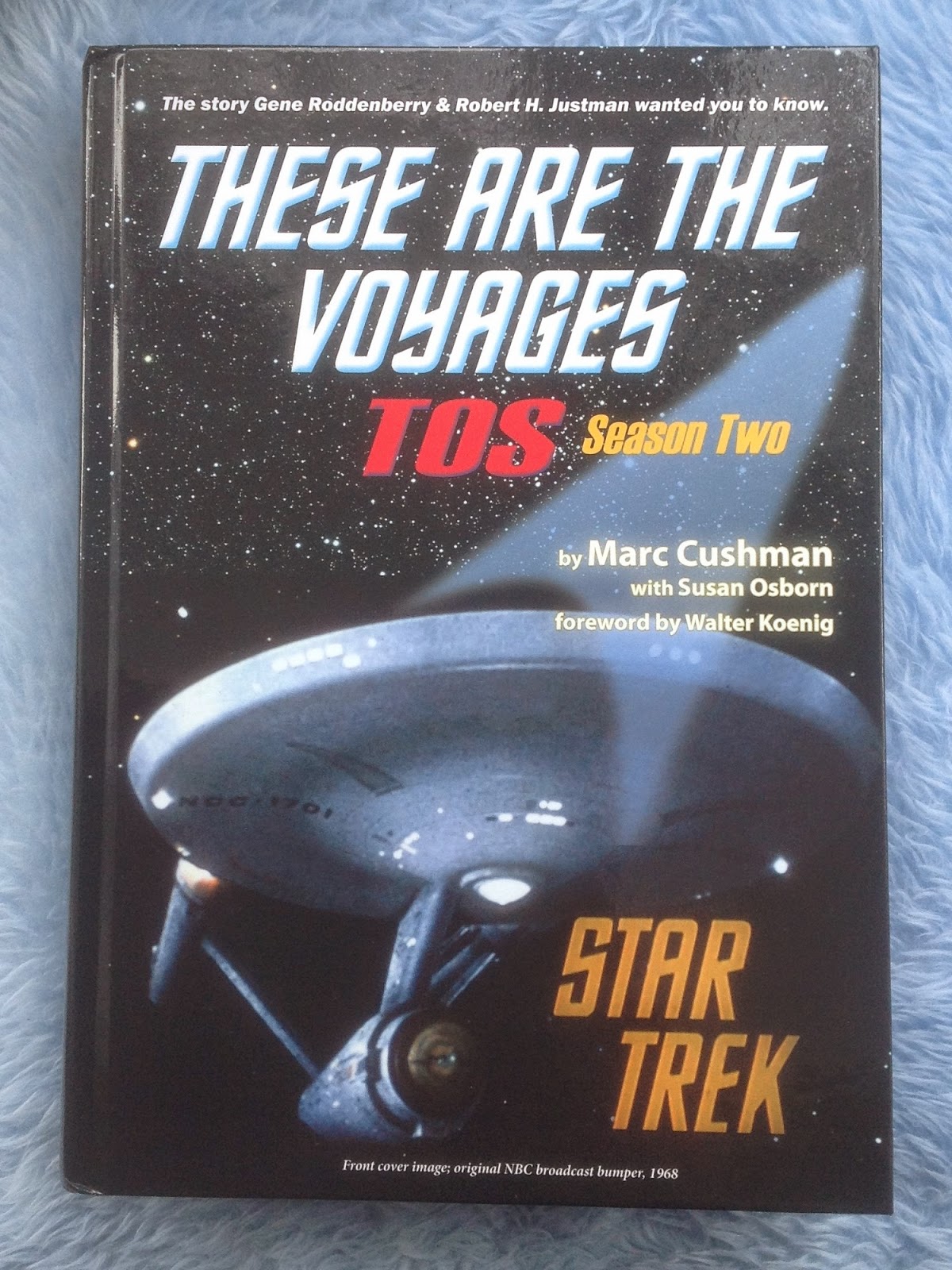 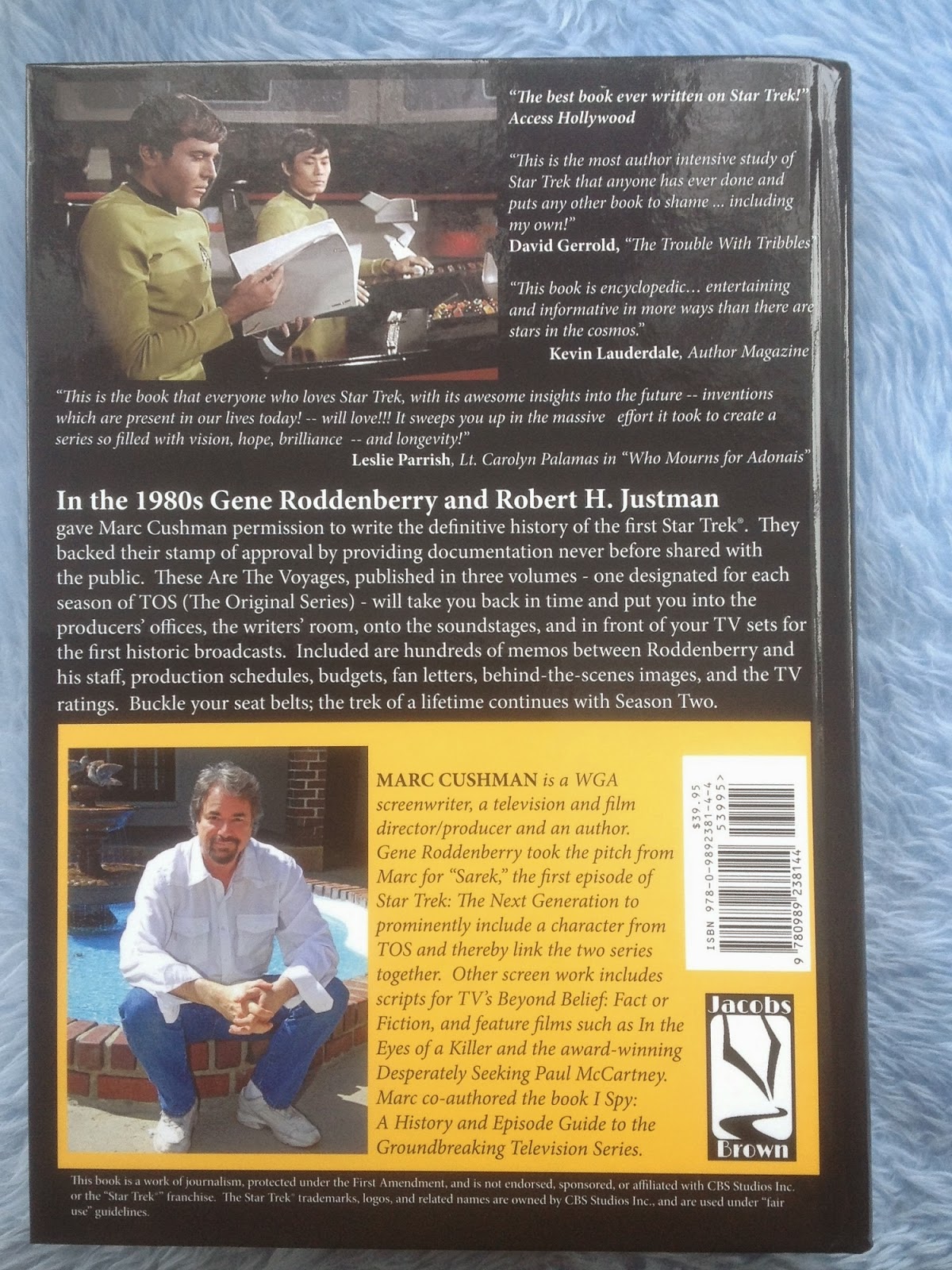 
Posted by Jarrak at 13:35 No comments: Links to this post

Email ThisBlogThis!Share to TwitterShare to FacebookShare to Pinterest
Labels: Marc Cushman, Star Trek, Susan Osborn, These Are The Voyages, TOS

Here is my short and sweet review of No Time Like The Past the latest Greg Cox Star Trek novel I've read, I bought the paperback on the day of release once again weighing up the cost benefits of the e-book option and again decided for a few pence more I'd prefer to own the physical book.
So No Time Like The Past at least on the surface sounds a little far fetched, granted it's scifi and Star Trek so some of more outlandish plots can be found in the genre but when done right any story can be sold as being both entertaining and consistent within the franchise. Greg in bringing together James Kirk and Seven Of Nine dallying with the potential for a disaster but by offering up a well worked time travel story with enough mystery, action and depth for the characters he pulled it off and the story never once stayed into the grave yard of cheesiness. 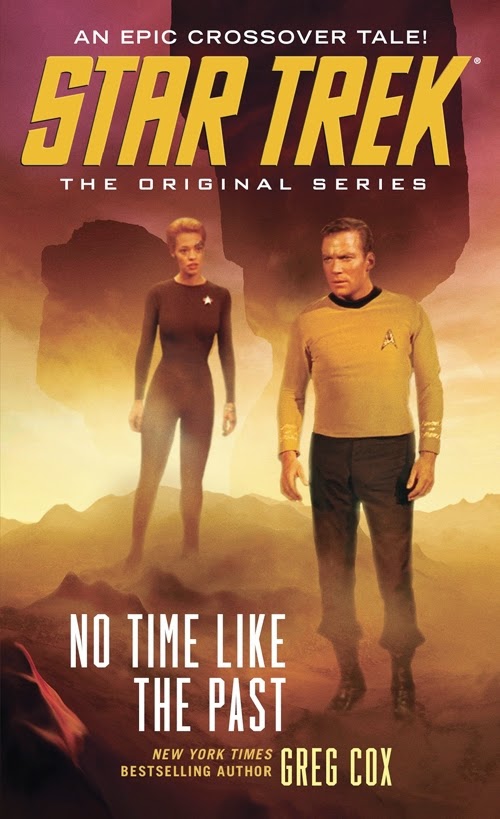 The basic story has Seven along with Voyager tracking an energy signature via local folk lore of a "wizard" who could transport vast distances, tempting certainly but what they find is quite surprising and more so when faced with no option Seven gets herself flung in her distant past and to a place where a certain Starship Enterprise is in orbit conducting a secretive diplomatic meeting the goal of which is to reduce the influence of the Orion syndicate in that region of space. What comes next is a race across the galaxy and the timescape to solve an aeons old mystery while dealing with a Federation Ambassador who as they do causes all sorts of problems and a determined Orion Captain and crew who see Seven as a valuable resource to be sold to any interested parties with resources to spend for access to knowledge from the future.
It was great fun seeing the crew of the original Enterprise having to deal with another time traveller, more so because in our minds we know Seven and we know Kirk and well you know but thankfully that is never an issue and it's the puzzles and adventure that really pays off. I really enjoy getting more of a taste of the worlds visited in the original tv series especially Cheron (Let That Be Your Last Battlefield) and we see the world as it was before it's fall when the civil war was in full flow leading to the tragic events which left it a barren and dead world.
I can highly recommend the novel for fans of the original series, less so for Voyager folk as it seems the love of Seven isn't universal but if you are even considering Trek then Greg has a winner as shown by the books performance on the sales charts when it was released.
Greg's Official Site
Literary Trek 54 (Greg Cox Interview)
Amazon US and UK
Posted by Jarrak at 19:26 No comments: Links to this post

I saw this advertised a month or so back and thought I had missed the chance to get a copy, it seems limited release is a genuine piece of marketing with some steelbooks but as luck would have it Zavvi opened up the pre-order a few hours later so click I placed an order. I arrived home today and was a little puzzled at the package but that turned to delight when this pretty little thing revealed itself:) 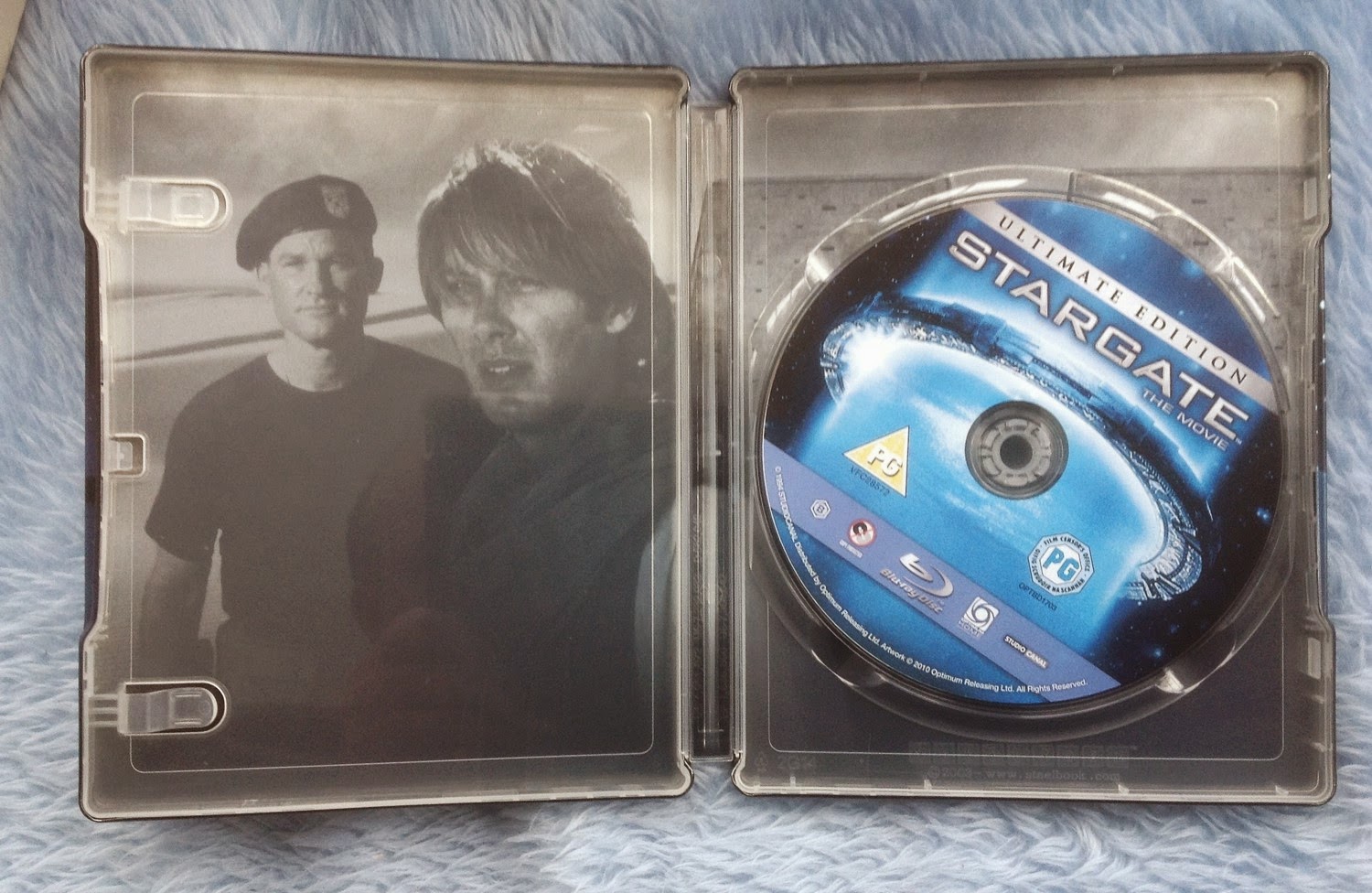 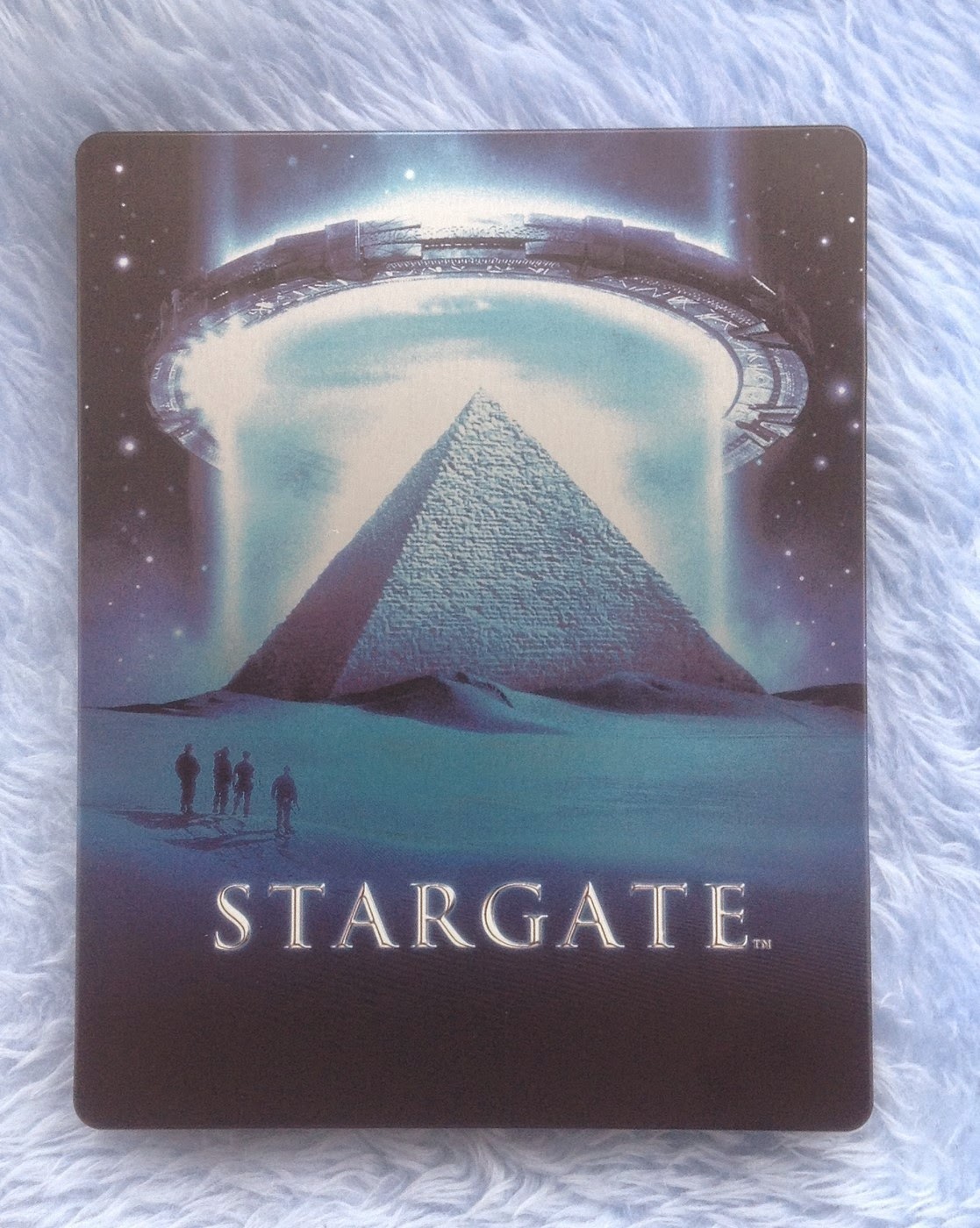 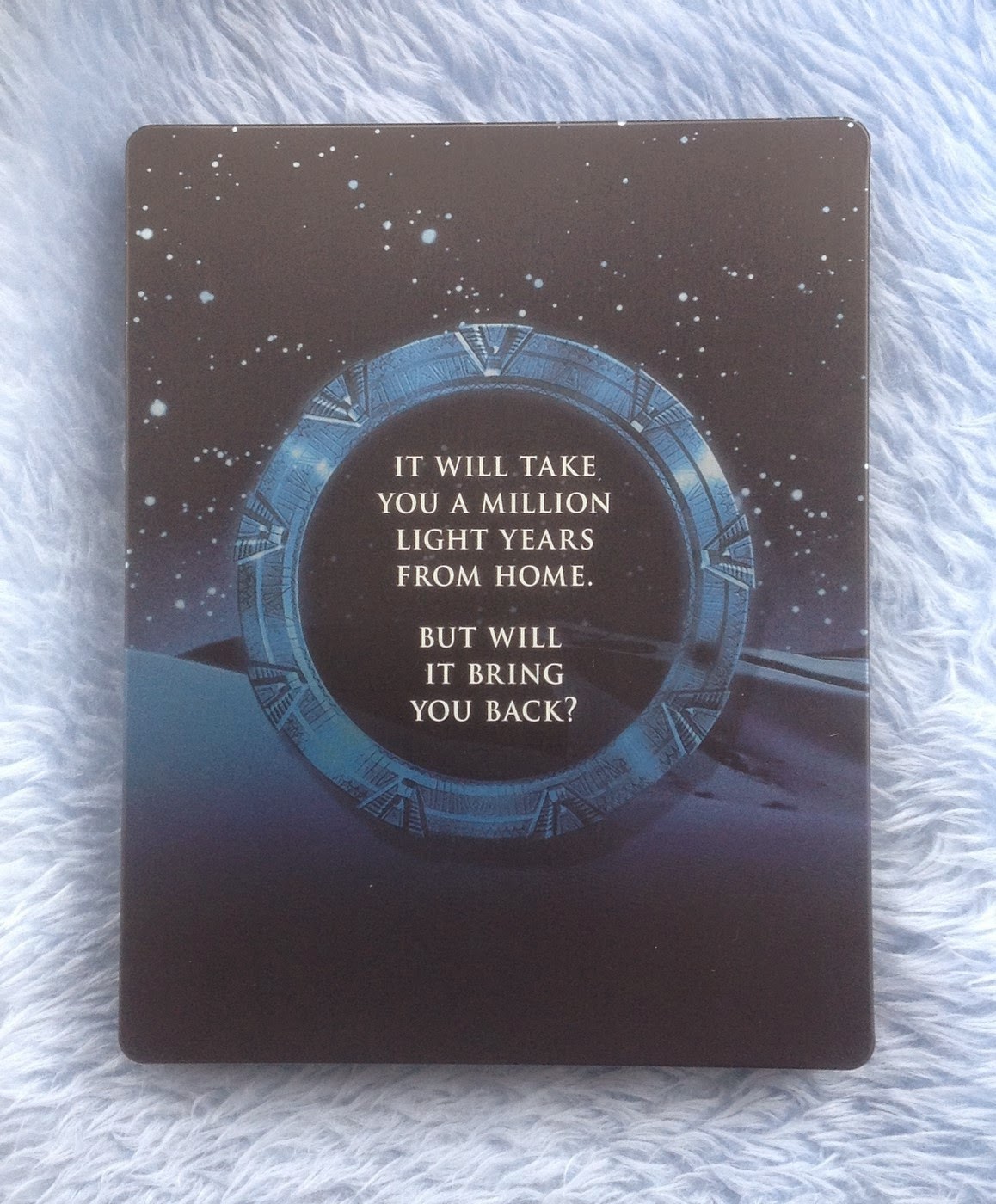 Posted by Jarrak at 21:11 No comments: Links to this post

Once again the Kickstarter funding model is providing benefits to film makers and fans, it's great to see Kevin back in the scifi realm:)
Posted by Jarrak at 19:07 No comments: Links to this post