This is so cool, listening to the podcast as the movie was born and came to fruition is a once in a life time media experience:)

Ok so I went a little nuts with some soundtrack albums for recent animated features, they weren't expensive so that helps when clicking the "buy" links on Amazon and yes I still prefer physical media:) 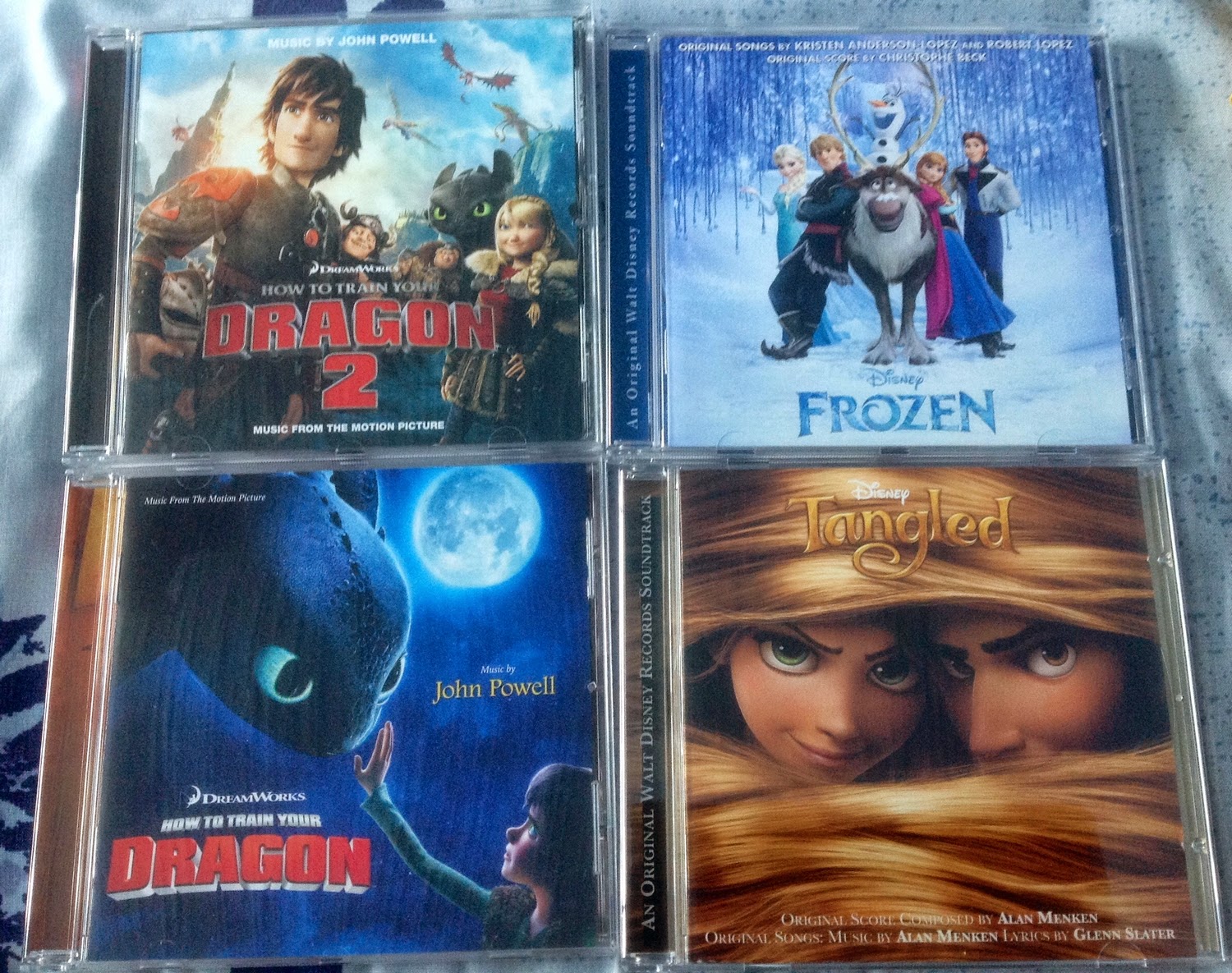 Email ThisBlogThis!Share to TwitterShare to FacebookShare to Pinterest
Labels: Frozen, How To Train Your Dragon, Soundtracks, Tangled

Buck's Duel to the Death

The planet Katar and a legend of a 500 year old man called the Roshan who is destined to defeat the Traybor and free the world from tyranny, it's fortunate that the fame of Buck has spread so far from Earth because once again he gets dropped right in it after accepting an offer to visit Katar. Of course it's a woman that finally convinces Buck to help although it didn't hurt that the Traybor foolishly sent men to kill Buck and more importantly failed in that task. The Traybor played wonderfully over the top by William Smith had spent time on the planet Voltron and had circuitry embedded under his skin which allowed him to store and manipulate electrical energy and then discharge at a will, mostly it had to be said in combat which made him pretty much unstoppable since modern worlds don't seem to be familiar with electricity, no idea what they use since that was never explored, cheap dodge but I guess it worked ok :) Of course Buck has his own knowledge and resources back on Earth and with the insight gleamed he uses Twiki as an insulator and capacitor and fights the Traybor eventually prevailing and all is once again right with the world.

An average episode which may be given an extra point because of how William filled the screen with his campy menace and another point for the gratuitous shots of the ladies climbing down the ladders in their tight outfits, seriously one woman just to make the point but 4 or 5 was probably overkill:)
IMDB

Well here we are at the season 1 finale and they do a two parter, clever idea but you would have thought it would have straddled the seasons as a cliffhanger but given how different the second season was you wonder if they thought the show wasn't coming back and well blew their wad all in one go:)
Anyhow whatever the reason the presented feature length story worked very well indeed, a message from another universe with instructions for getting there using the "Vortex" aka Black Hole and with the intent to not only bring in the military forces of the Earth but also the more violent yet predictable Draconian forces under the command of Princess Ardala.
It says a lot about tv at the time that it's taken this long for both Wilma and Dr Huer to get a strong emotional scene with Buck where both can express their feeling for the guy, Tim and Erin shine but unfortunately Gil is pretty wooden throughout, not sure if he was directed in that manner since we know he can do better but the scenes lost a little for his lack of empathy. There were some excellent (for the time) visual/optical effects for the wormhole and nice to see they tried to make this universe look different with a more varied star field and the trapped aliens around the planet of Pendar was a nice touch if never really explored. As you would expect neither the Earth Directorate nor the Draconians are happy about being manipulated but they are kinda stuck with no way back without the help of the natives. Once again credit to the location set which would be a backlot but it looked pretty good and to me it reminded me of the studio set used for the Trek episode Shore Leave and then add the very Organian approach to the more advanced locals and Trek was fairly screaming at me in a very good way:) While we are looking at contemporary shows who else would be playing the War Witch Zarina but the one and only Julie Newmar  (Catwoman and Eleen (TOS) ).


There is no surprise that Buck agrees to help nor that Ardala stabs them in the back nor that the War Witch doesn't trust anyone and is quite happy to betray Ardala but her plans are working and with the imminent attack on Pendar after the successful breach of it's shield why would she take on new allies? Of course she is taken by Buck (what woman isn't) but even though he seems to be softening towards Ardala he isn't playing ball with Zarina and there are some very good lines including "To Live One Must Be Willing To Die" which comes as a surprise from the shows writers which once again makes you wonder if they realised this episode was make or break for ongoing employment.
As Pendar gets close to falling from the assault beyond their atmosphere by the 73,000 troops and ships carried by the War Witch's ship the infiltration by Buck which fell apart after Ardala betrayed him gets back on track with the rescue of the previously captured Kodus (Trek again?) and when returned to Pendar begins to fix the shield which gives Buck the chance to set the trap for the War Witch relying on her own anger and blindness in seeing the obvious when her goal was so close.
Laughed myself silly when Ardala on her hands and knees and in a tight outfit was crawling around a cargo bay and uttered "This is so degrading" amen sister both for the character and actress, again either the writers going to town or maybe a classic adlib?  I guess the men saving the day was always going to be the case especially in this era of television and the market but at least the women were contributing even if at times they were classic damsels in distress but with the destruction of the War Witch the two enemies keep their guns holstered at least until returning to their own universe.

The Flight of the War Witch is a pretty good title and overall the episode is a very fitting conclusion to the first season of Buck Rogers, good special effects and some new ship models but looking back we see this is the farewell for Ardala, Kane and Huer who do not return for the second season.
So the second season, don't think I'll be watching it anytime soon, recall not being that impressed first time around but it's sitting on the shelf so you never know.

A thing of beauty. 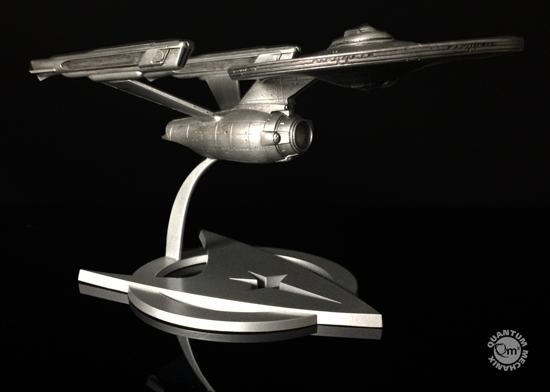 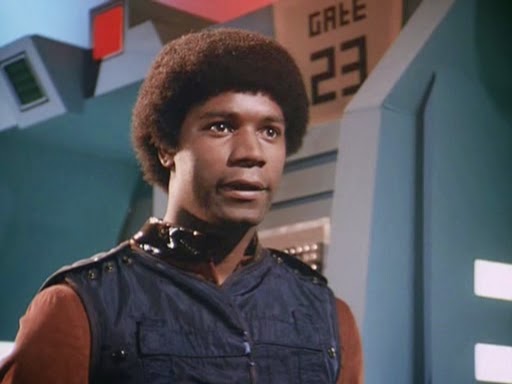 If you are familiar with The Gatecast podcast this is very much of the same style, a running commentary spliced into the soundtrack with observations and thoughts, it may not be that entertaining but it something I just fancied doing:) 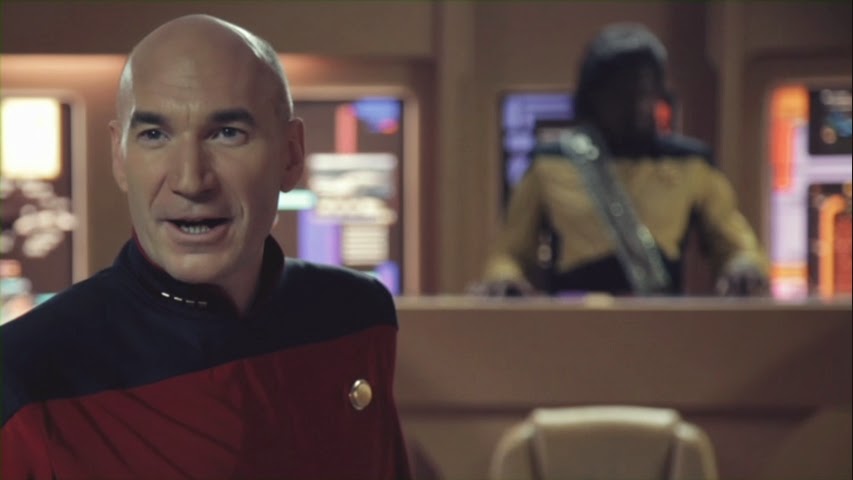