Brain Storm
Mckay takes Keller to a physics review back on Earth and well things go wrong and
it's left to Mckay to unravel the experiment (based on his own work) and save the Earth.
Things also hot up between him and Jennifer:) 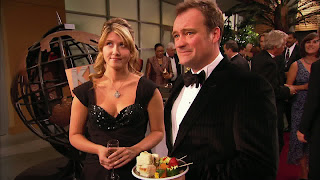 Infection
Todd's Hive ship is on course for Atlantis but on arrival no life signs are detected.
Upon investigation they find the crew in hibernation victims of the drug intended to revert them
to feeding the traditional way. Then they wake up not quite the Wraith they once were. 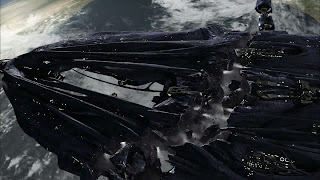 Identity
A woman inhabiting Keller's body causes mayhem in Atlantis before eventually being discovered
for who she is and the cause of the mind swap is discovered leading to a race against time to save
Keller who is in the thieves body awaiting sentence.
Dawn Olivieri guest stars as  Neeva Casol. 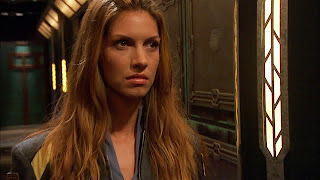 Vegas
An alternate Earth with familiar faces in different roles. A wraith survives an attack on the Earth
and plays poker in Vegas to get the cash to build a communications device but has to feed continually
thanks to the radiation exposure.
A phenomenally good but different episode, one of if not my favourite from the whole series,
great music and visuals. 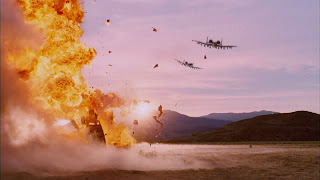 Enemy At The Gate
The consequences of Vegas echo in our reality, the Wraith are on their way to Earth and they have
to be stopped at any cost. An ok season finale but a weak series finale. 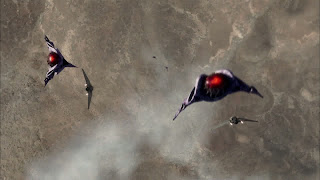