Adrift
With the hyper drive shut-down Atlantis drifts through the void with power reserves continuously
dropping, repairs are essential. Meanwhile Weir is still in critical condition. 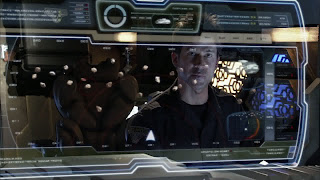 Lifeline
A jury rigged system gets the city into what could be described as a  safe place but desperate
for power a crazy scheme to raid the Ausuran homeworld for a ZPM is dreamt up.
Elizabeth complete with nanites goes on the offensive. 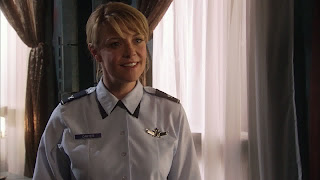 Reunion
The new commander of Atlantis arrives and the transition is not as smooth for some as others.
Ronon finds the last few survivors of his world and well what do you know he knows them.

Doppelganger
An encounter with a form of energy seems innocent enough but the team soon begins to
experience disturbing nightmares and soon it spreads amongst the cities inhabitants.
A well received "dark" episode, quite violent for this show.

Travelers
Sheppard is captured by a hyperspace capable space faring race, the intend to used him to engineer
an interface to control Ancient hardware but he breaks out and a cat mouse game begins.
Jill Wagner (Blade:Series & Teen Wolf) guest stars as the alien commander 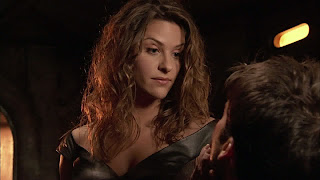