The Ark
The discovery of a time capsule which contains the last survivors of a culled world
is a cause for celebration until heartbreak and regrets lead to the crippling of
it's support system. The team are trapped in a decaying orbit desperate for esacape
and if possible to save the thousand souls. Not a great episode but the set design is wonderful,
it's filmed in such a way it looks absolutely huge and every room is dressed as a feast to the eye.

Sunday
A sanctioned day off the inhabitants of Atlantis, Carson is busy trying to last minute
organise his fishing trip to the mainland but everyone seems to be embrassing other
activites many of which only occur because it's the first official day or rest.
The final Rodney and McKay scene had me, bastards! 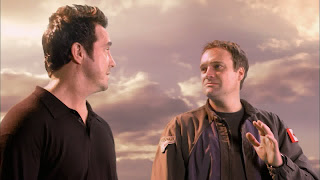 Submersion
The discovery of a Wraith vessel deep in the ocean whilst searching for a drilling rig
awakes the Wraith ships occupant, Teyla is the first to recognise the threat they are
under even if McKay refuses to accept her assurances. 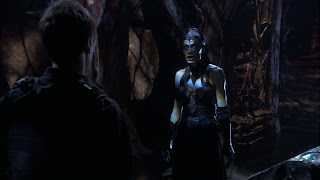 Vengeance
After losing contact with the survivors of the Taranian people (S2e19) Sheppard and
co visit the planet but find the settlement deserted but then detect a single life
form deep into the tunnels beneath the settlement. The discovery of the dead Taranians
and the creature responsible has the team fighting for their lives and an even greater
threat appears. A wonderfully dark episode, not only in terms of sets and atmosphere
but the brutal research being undertaken and the resulting monstrosity. 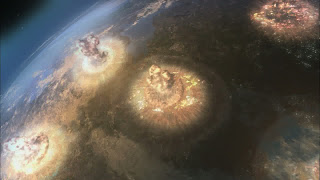