My Random Journey Through Trek #4

Well of course a random number generator would spill out the Voyager finale, oh well here we go:)
Endgame the feature length finale begins with scenes from the future as survivors of Voyager gather together to celebrate their return to Earth, there are some crew missing and we learn they died during the total 23 year return journey. The aging makeup was very hit and miss and so easy to do the Doctor who as a hologram looked the same but now he has a name and is married, god bless modern technology. We quickly learn that Admiral Janeway has plans to change the past, the deaths and other consequences of their return took too much of a toll and she goes ahead with her plan and arrives on Voyagers doorstep 16 years earlier at a pivotal event in their lives. 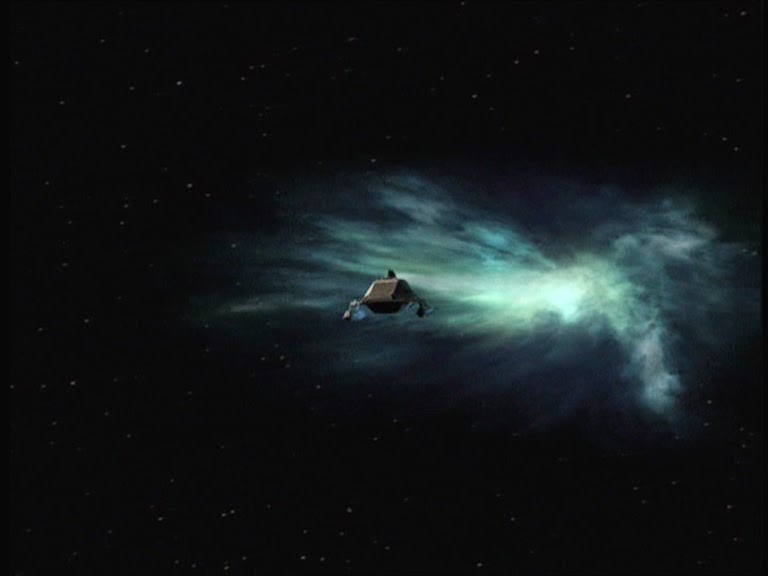 After escaping a Klingon arms/technology dealer ( Vaughn Armstrong ) and Captain Kim who had been sent to take her into custody the Admiral makes good her escape and lays it all onto the current Captain Janeway who is rightfully sceptical but not everything is revealed, maybe to protect the timeline but more likely as it turns out to prevent the younger woman's own ethics and morality from preventing her from taking the ship home despite the consequences elsewhere. Those consequences are the continued existence of the Borg transwarp hub / nexus one of only six in the galaxy which allow the Borg to deploy cubes anywhere within minutes and of course once the Captain learns of this fact she is willing to put it's destruction ahead of returning to Earth.
As is pointed out in the episode itself, with two Janeways the opportunities for success and achieving multiple goals increase immensely and that is ultimately the path taken, a plan is hatched to play the Borg Queen once again played by Alice Krige and on the verge of her victory as in Scorpion the rug is pulled from under the collective. 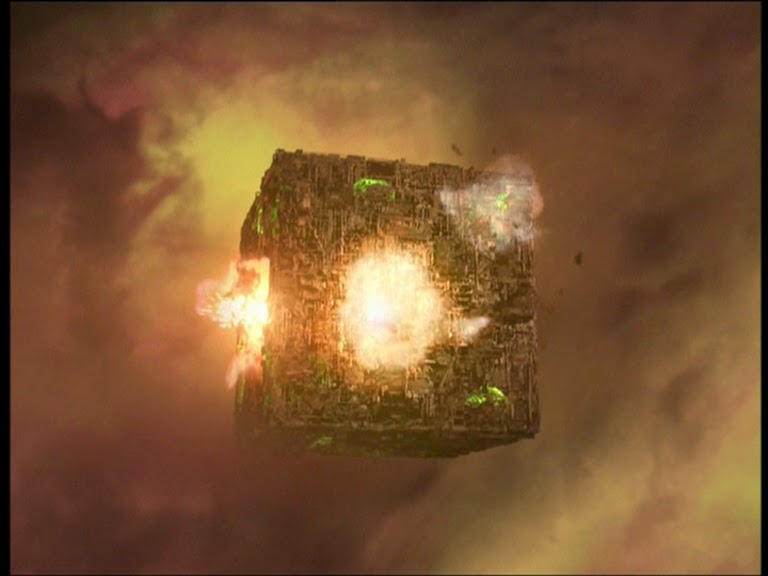 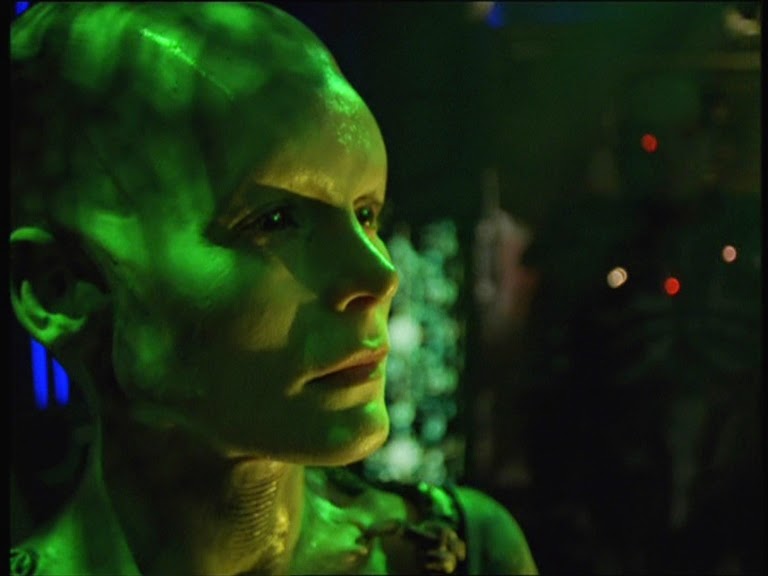 Endgame is good finale for Voyager, not perfect because I really didn't feel committed to the Seven/Chakotay romance which felt like padding and a lacklustre piece of emotional manipulation to drive the plot. The birth of Tom and B'Elanna daughter was good more so because we see the woman she would become in a the future timeline and no question the visuals were beautiful except for the fireworks at the start, that didn't look good. Personally I would have gone for a much darker finale, Voyager saving the day by all means but it was all too much of a happy ending which I guess we really shouldn't be surprised about.
IMDB
Rating  8