A project I supported via Kickstarter.
Posted by Jarrak at 16:32 No comments:

Perhaps my favourite Werewolf movie but I never bought it on Blu mainly due to the transfer but for under a tenner from Play and the steel book cover I gave in:) 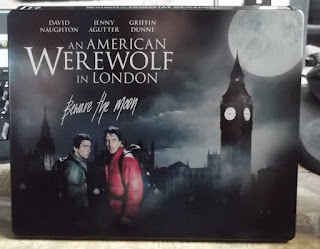 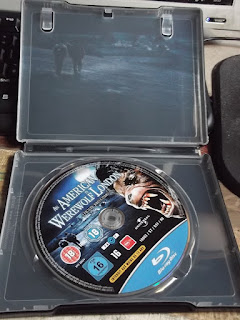 As I have said before love the book really looking forward to the movie.
Posted by Jarrak at 22:10 No comments:

A sad farewell to Sanctuary however it did have a good run and ended on a satisfying note, I was around when it launched as a web series (which you paid for) and it's been great fun.
Silver lining and all lets not forget that without Firefly being cancelled we may not have had Nathan on Castle, SGU died and Robert Carlyle turned up on Once Upon A Time, there are many positive consequences.
In a year or so who knows what Amanda, Robin, Christopher, Ryan and Agam may be appearing on, producing or entertaining us with not forgetting the behind the camera talent such as Martin, Alan and Damian. 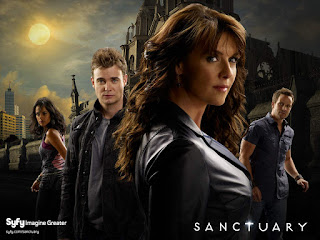 Email ThisBlogThis!Share to TwitterShare to FacebookShare to Pinterest
Labels: Sanctuary

One good line in the trailer the rest we'll see.
Posted by Jarrak at 17:50 No comments:

The song is used to source the theme music to The Almighty Johnsons a comedy/drama fantasy series from New Zealand.
Posted by Jarrak at 07:18 No comments:

Well it's friday and the end of the week but I kinda drew the lucky straw and was asked if I fancied some overtime tomorrow (Sat 6am till 2pm) and I want to do right by the boss so why not. We also got our highest weekly bonus which hit £102 which was basically thanks to quite a few official and unoffical holidays plus a very heavy order book, we worked our socks off and got the reward:)
The big news this week was the purchase of my overall employer (Thomas & Betts) buy ABB a much bigger player in the global electrical product market and while nothing is going to happen anytime soon there is always questions being asked. The good point for Furse (the company I work for) is that as a whole and Nottingham in particular we are very profitable and have good market share and brand awareness, time will tell.
For now I better get back to editing this weeks Gatecast podcast episode, not much time to do it with an early night and busy Saturday:)

ABB Acquires T&B
Posted by Jarrak at 16:48 No comments:

I backed this Kickstarter project and my DVD of the movie arrived from Mark today, there is something quite different about opening and playing a movie which you had a very small input into (financially wise) compared to one you just bought off the shelf.
Posted by Jarrak at 16:27 No comments:

It's no Avengers but looks fun and a nice change of direction when compared to the previous trilogy which kinda went off the deep end with the third movie, first one was excellent and the second very good though.
Posted by Jarrak at 20:03 No comments:

No nothing to do with the Stargate movie but a new scifi series from Canadian television starring some very familiar faces and premièring May 27th.

"The futuristic police drama Continuum stars Rachel Nichols (Criminal Minds, Alias) as Kiera Cameron, a cop from the future who finds herself trapped in present day Vancouver. When a group of fanatical terrorists escapes their planned execution in the year 2077, they vault back in time to 2012 sweeping dedicated City Protective Services officer Kiera Cameron along with them. With unexpected assistance from teen tech genius Alec Sadler (Erik Knudsen; Jericho, Scream 4) Kiera concentrates on bringing down the terrorists before they can change the course of history forever.


Desperate to get back to her husband and son, Kiera impersonates a local law enforcement officer to expedite her investigation, forming an uneasy alliance with her new partner, detective Carlos Fonnegra (Victor Webster; Castle, Melrose Place)."


A rather impressive piece of movie making although even being English I still find it a little strange to see stuff of this quality not coming out of the states, share and enjoy:)
Posted by Jarrak at 13:20 1 comment:


So looking forward to this and look who the grandfather is:)
Posted by Jarrak at 10:16 No comments:

Something a little different from me today as I help to promote a new e-book series from an author whose work I have read since getting my Kindle. The first story I read from M.Pax was Small Graces a short piece about a girl who crash lands on an alien world and makes a surprising discovery, it's an interesting read  with beautiful imagery. Semper Audacia was my next taste of her imaginative creativity and I was blown away by how vivid and descriptive a world she was able to offer whilst telling a compelling tale about duty and sacrifice. I've kept tabs on the variety of outlets M.Pax uses to promote herself and her work and she does take the time to interact with her friends, readers and contributors via her blogs and twitter ( @mpax1 ).
I picked up the first book in The Backworlds series today, it's carried on all the usual e-book sources and is currently free from Smashworlds and Feedbooks and for a token amount from Amazon. 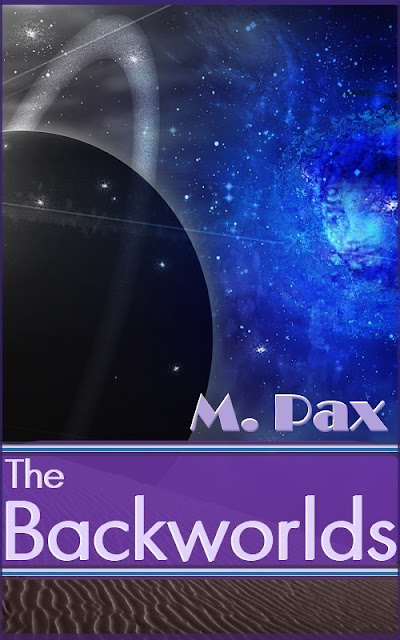 After the war with Earth, bioengineered humans scatter across the Backworlds. Competition is fierce and pickings are scant. Scant enough that Craze’s father decides to hoard his fortune by destroying his son. Cut off from family and friends, with little money, and even less knowledge of the worlds beyond his own, Craze heads into an uncertain future. Boarding the transport to Elstwhere, he vows to make his father regret this day.

The first story in the Backworlds series by M. Pax. A vision of how humanity might colonize the galaxy some day in the distant future.

Available from: Amazon / AmazonUK / Smashwords / Feedbooks
Other links to more outlets can be found at either Wistful Nebulae or MPax

The Backworlds is an ebook and a free read. All formats can be found at Smashwords and Feedbooks.

It’ll take a few weeks to work its way down to free on Amazon Kindle. It will also be available on B&N and iTunes. Sign up for M. Pax’s mailing list to be notified the day it does go free on Amazon, and when the book becomes available at other outlets. You’ll also receive coupons for discounts on future publications. NEWSLETTER

M. Pax’s inspiration comes from the wilds of Oregon, especially the high desert where she shares her home with two cats and a husband unit. Creative sparks also come from Pine Mountain Observatory where she spend her summers working as a star guide. She writes mostly science fiction and fantasy, but confesses to an obsession with Jane Austen. She blogs at her website, www.mpaxauthor.com and at Wistful Nebuae. You’ll find links there to connect on Twitter, Goodread, FB and other sites.

The sequel, Stopover at the Backworlds’ Edge, will be released in July 2012. It will be available in all ebook formats and paperback. 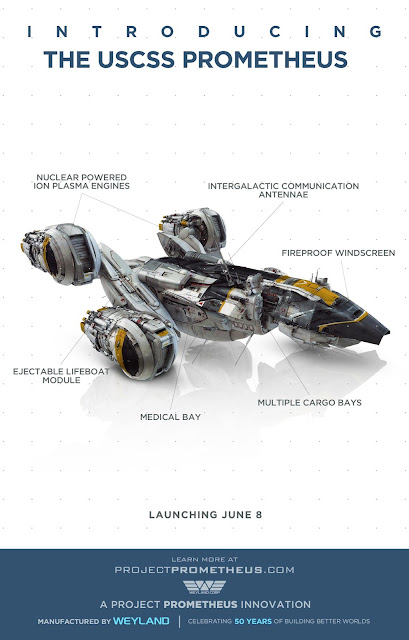 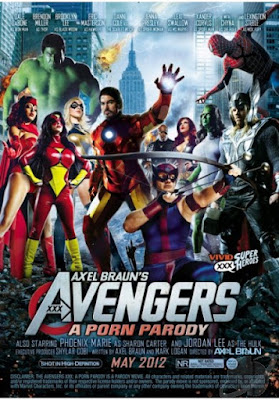 You've got to love an industry with the resourcefulness and infrastructure to exploit mainstream media and come up with productions that in their own way lead their markets. This should be a lot of fun, not the same fun as The Avengers but fun never the less:)

Official Site
Posted by Jarrak at 18:05 No comments:


The Expendables 2 Official Site
Posted by Jarrak at 22:28 2 comments:


Come on you've got to love it, over the top exploitation and campiness all rolled into a bite size morsel with some great cameos:)
Official Site
IMDB
Posted by Jarrak at 21:53 No comments:

Season 4 was a bit hit and miss but more positives than negatives so looking forward to the shows return next month on HBO.

Official HBO Website
Posted by Jarrak at 21:33 No comments:


Blimey Joss looks almost butch but the humour and the quintessential Joss is still there:)
Posted by Jarrak at 22:17 No comments: