There are times I show little restraint and this was one of them. I loved this from the first moment I saw it on a Trek website so went on ebay and ordered one. Not the cheapest as you would imagine especially combined with shipping but it was in the ball park and I also had to purchase a US/UK convertor for power but all good.

This is a short video shot in daylight but the full effect really comes to life in a darker environment. 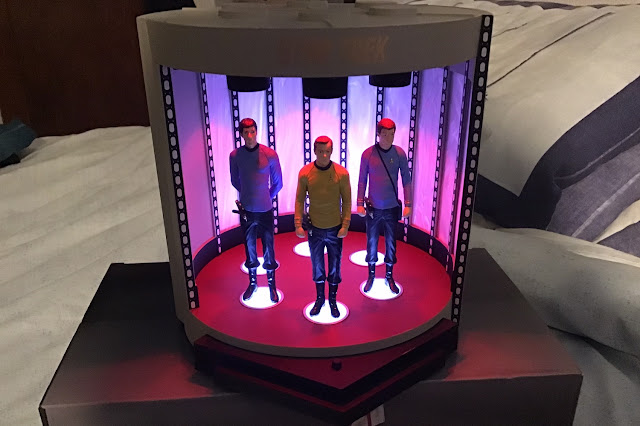 Star Trek: The Official Guide to the Animated Series

This is a simply gorgeous book celebrating the Star Trek animated series which remained a bit of a mystery to a lot of Trek fans who were not around in the 70's. This show is my first memory of Star Trek so it's always had a place in my heart even if the original series came to be the Trek.
I picked this up via Amazon for a good price. 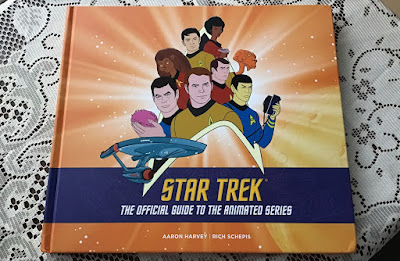 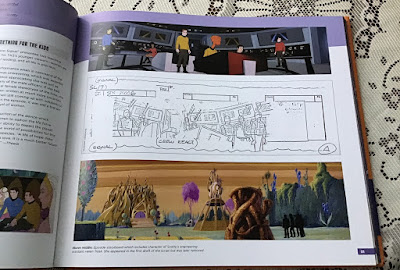 Endeavour by Ralph Kern
My rating: 4 of 5 stars

Endeavour by Ralph Kern really was a novel that had me with the cover and the blurb, it spoke of adventure and mystery along the lines of the great Arthur C. Clark or Frederik Pohl so I bought myself a copy and dived straight in. It was pretty much everything I wanted, the storyline spans hundreds of years thanks to the technology used but starts not a million minutes from where we are now and the characters never fail to be human as we would expect them to be. The mix and growth of technologies was fascinating and seemed highly appropriate for the narrative and the culture shock experienced by the crew of the Endeavour allowed for some mesmerising story telling. That said I lost a little interest as the story moved into its final plot stage, strangely enough the emergence of events from Earth's past and the consequences jarred me out of the wonder of the cosmos but the novel finished strong so I've got to recommend it for someone looking for a more intellectual themed story which retains the courage and bravery of humanity at its best.

View all my reviews
Posted by Jarrak at 09:56 No comments:

Rebellion by Joshua Dalzelle
My rating: 5 of 5 stars

Omega Force returns as the galaxy continues to be manipulated by the AI known as the "machine" and Jason perhaps always willing to accept responsibility for his actions now sees that he has to fully commit his friends and colleagues to a major undertaking. All out rebellion against the forces of the AI including the might of the ConFed will just be the beginning, there can be no half measures, the AI has to be opposed and in a way to draw as much attention to it as possible. It has already engineered the fall of the mighty Eshquarian empire but a significant number of fleet units fled into the depths of space, the Eshquarian military really did plan for every contingency. Will these ships along with some of the more shady but in the know elements allow Omega Force to strike back and shed light onto the machine or has it already out thought them and made preparations?
The ongoing Omega Force series shows not sign of slowing down as our erstwhile crew of the Phoenix continue to skirt the boundaries but retain everything which makes them the "good guys". Lucky continues his slow rehabilitation and the expanding secondary character lineup is getting stronger allowing Joshua to provide more varied story telling. I read through this novel very quickly, you know when you get to the end and your first thought is "was that it?" and you realise the novel is not short you just got lost in the story. No great surprise to say I am waiting impatiently for the next novel in the series and the second "Marine" novel which is set in the same universe with some overlap.


View all my reviews
Posted by Jarrak at 09:55 No comments: