I cam late to the party but I've just finished the 7 Harry Potter novels so
a few thoughts in terms of the comparison to the movies so far.


Philosopher's Stone
Pretty much an excellent example of a film from a book, a few minor
differences but on the whole it had the feel and compactness you
would expect.
Chamber of Secrets
Again a movie that kept pretty tight to the novel it was based on.
Prisoner of Azkaban
The first of the larger novels which required significant editing
to produce a viable screenplay but that said it still helf true but
I enjoyed the book more.
Goblet of Fire
My favourite of the movies made so far bascially because it's
the first time we see the trio as young people not as kids and we
get limited Quidditch action. That said I did enjoy the more
complex novel and the background goings on in the school.
Order of the Phoenix
Not keen on the movie and I'm afraid that coloured my reading of
the book. I skipped pages and actually the Quidditch storylines
were pretty entertaining as they played more of a part in the
draconian clampdown on school activites.
I also preferred the expansion on the House Elfs role in the world.
Half-Blood Prince
I didn't come away from the movie with a positive experience.
The book is much better and underlines the sometimes hard decisions
a writer and director have to make to try to keep the spirit of the story
while making it work on a screen.
Deathly Hallows
A excellent finale to the series and I'm pretty sure the decision to split
the book in to two movies will prove a good idea and not just for Boxoffice.
Posted by Jarrak at 17:00 No comments: 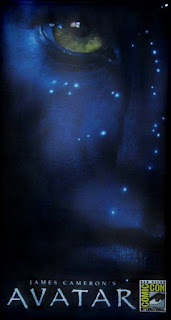 Digital Spy have the teaser trailer for the long awaited Avatar.
It looks impressive but hardly realistic but got to give it some leeway a streaming video is not really the standard in picture quality the movie should be judged by.
What we see in the teaser tells a pretty basic story and I do wonder for all the expectation if this will be all bells and whistles but very simplistic.

Thanks to Scott over on ScifiDig forums....


Anyone reading this blog that has been listening to The Gatecast and wondering where we are well at least 3 (maybe 4) shows are in the can. It's not always easy trying to organise a schedule when one guy is across the pond, the other is playing dressup and I spent three nights editing shows..
:)
Posted by Jarrak at 16:10 No comments: 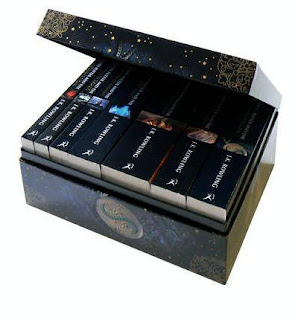 I just bought the boxset of the Harry Potter novels prompted by the recent Potterthon on Galactic Watercooler and their endorsement of the novels even for people only familiar with the movies. I bought them in paperback and blimey a couple of them are freaking huge!
Posted by Jarrak at 16:47 No comments: 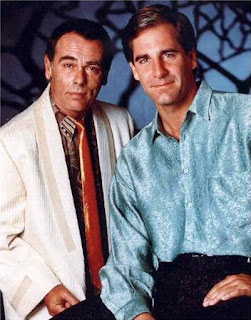 Woohooo.
My full season boxset of Quantum Leap arrived today, it finally hit the price point I was happy about in a 10% off sale at The Hut last week. I can now delete some of the episodes off the hard drive I had acquired from broadcast telly, who really likes adverts and onscreen garbage when watching telly.
Posted by Jarrak at 16:40 No comments:

It's just been announced that the USA channel show Burn Notice has been renewed for a further 16 episode fourth season:)
If you've never seen it via download or on FX in the UK it tells the story of a US spy who is "burnt" and left with nothing in Miami, fortunately an ex and a former partner are on hand to keep his head above water and he undertakes a number of jobs for normal people to keep his hand in.
Posted by Jarrak at 10:06 No comments: