It's been a long time coming but I have finally started my marathon re-watch
of the original series of Star Trek, I bought the Blu-ray boxset last Christmas
so it's been patiently gathering dust for longer than it deserves. The main reason
was the backlog of current shows I wanted to get through before committing to
Trek for the best part of 3 months allowing for the reduced broadcast output
over the summer.
So here we are, Star Trek The Original Series on Blu-ray with the enhanced
video and audio and without any doubts this is the blueprint to taking a vintage
piece of television and updating it for both the existing and modern audiences.
There will be spoilers:)

Where No Man Has Gone Before
The second pilot is significantly different to how the series proper was presented
but as a stepping stone it's ideal, the story of sacrifice and megalomania had to
come with deaths and bloodshed and thus losing central characters.
A few of the Trek novels have explained away the barrier at the edge of the galaxy
but as with most scifi entertainment you still have ignore a few things or ruin your
enjoyment such as sublight travel time scale.
A very nice reference to Carol Marcus later used in StarTrek II and III. 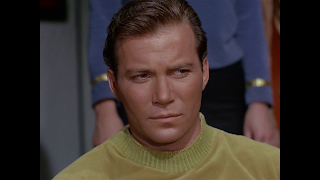 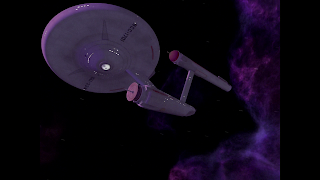 The Man Trap
On a routine medical mission Bones runs into an old flame but all is not as it seems
as each man who looks upon her sees his own version oh her physical form, it's a
defence mechanism of the creature and when crewmen begin to die the hunt is on.
This isn't a bad opening to the series, a few deaths and some quite dark elements
along with the immediate chemistry between Kirk and Bones. 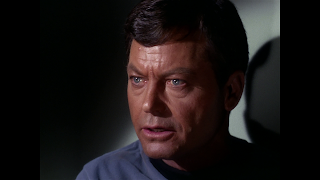 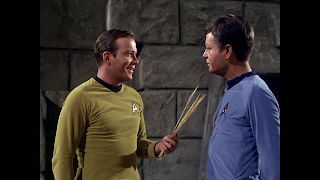 Charlie X
The sole survivor of a crashed space ship around 18 years previously is given to the
Enterprise to return to a human colony world but there are questions as to how he
survived by himself on a world known to be almost devoid of edible vegitation.
Charlie is vague but like any teenager short of temper and patience and soon his
abilities are revealed and he attempts to take over the ship leading to numerous
one on one confrontations with the Captain.
Again a solid episode with plenty to do for the whole cast even if Kirk does get
to show off a little:) 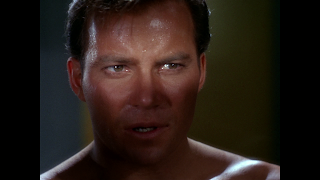 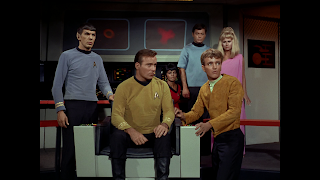 The Naked Time
A visit to a reseatch station on a dying world by the Enterprise discovers all members
of the facility are dead and despite safety suits the contagion/virus is passed back to
the ship driving people to distraction. Each infected person acts differently but you ain't
seen or heard anything as Riley sings old Irish songs and Sulu swashbuckles and gleams
all over the ship. Kirk's admission of the limits imposed by being Captain and in service
to the ship is quite moving  and so early on hints at a lot more depth to the character. 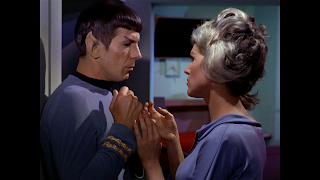 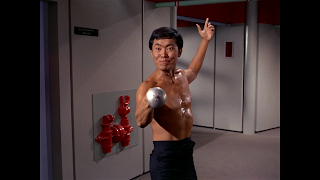