The Apple
A red shirt bloodbath as a tropical paradise is revealed to be a controlled colony of happy go lucky people under the influence of an artificial intelligence, Kirk gets upsets (not a fan of AI) and gives these people freedom. A cheesy episode but the red shirt deaths are a riot:) 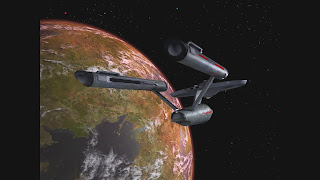 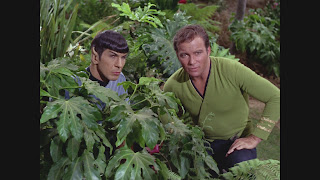 The Doomsday Machine
An excellent piece of scifi television as the Enterprise discovers her severely damaged sister ship "Constellation" and with Kirk investigating the wreck Decker takes over the conn of the Enterprise and sends this ship into the battle convinced he can win this time. This episode has some top notch enhanced graphics as well as being an entertaining episode, lots of action and drama. Commodore/Captain Decker is the father of Will Decker who was going to command the refitted Enterprise as seen in the motion picture. 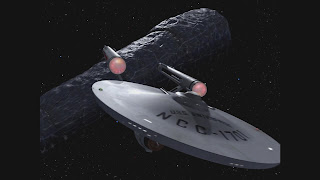 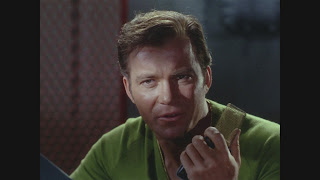 Catspaw
This was a Halloween special and well couldn't quite make up it's mind what it was meant to be. There were some interesting elements with a very alien species looking into our existence and manipulating the crews minds but it wasn't funny enough or scary enough. 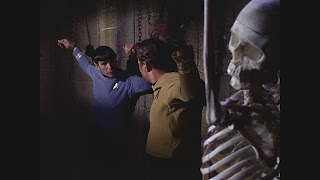 I, Mudd
An android infiltrates the Enterprise and steals the ship, his final destination is a world populated by androids under the leadership of one Harry Mudd, fun and games as Harry the loveable rogue indulges himself but Kirk and Co convince the androids they can do better without him and then crazy, random and illogical acts are presented to shut them down. A fun episode nicely shoot with a number of twins and Harry is great:) 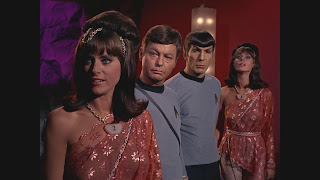 Metamorphosis
A federation official is returning the the ship to get medical treatment but the shuttle craft is pulled off course and they are stranded on an small world with a sole human occupant. The "companion" an energy based intelligence brought them to provide company for the "man" but things take a twist when it realises or is convinced by Kirk that if it cares it should not hold the man on this world despite the benefits to him. This is a very clever episode even more so by the link to the Federations and Earth history, it also provided the seed for a series of Trek novels. Elinor Donahue plays Nancy Hedford, she looked great. 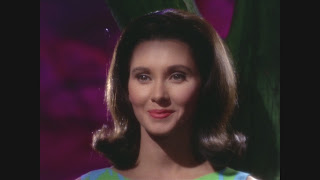