Journey To Babel
This is the episode where we first meet Spock's parents Sarek and Amanda played by Mark Lenard and Jayne Wyatt. A diplomatic meeting to decide the fate of the Coridan system is taking place on Babel and the Enterprise is taking officials to the meeting but is distracted when attacked by a mysterious ship that bares no resemblance to known vessels. Complications arise with a spy on board and both Kirk and Sarek get injured and suspicion falls on both the Andorian and Tellarite ambassadors.
An excellent episode of Star Trek more for what it brings to the franchise rather than the story. 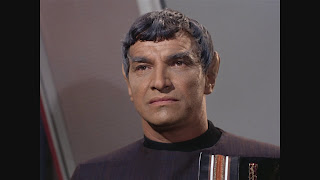 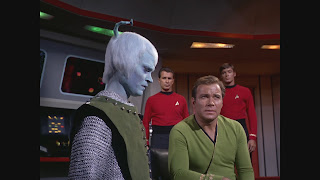 Friday's Child
Bones returns to Capella IV a world where he was once stationed and his familiarity with the language and customs will aid the negotiations for the worlds mineral rights. Trouble crops up when they learn that the Klingons are also offering aid and assistance (mainly military) to one clan faction and when the fighting kicks off the landing party are running for their lives with the pregnant wife of the former clan leader who was played by Julie Newmar (Catwoman). 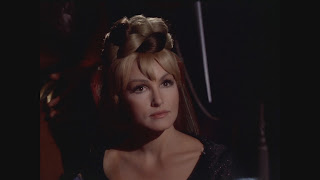 The Deadly Years
A contagion from a research facility has the landing party ageing rapidly and Kirk slowly loses his command abilities and comes under pressure from Commodore Stocker who then puts the ship in grace danger in the neutral zone. 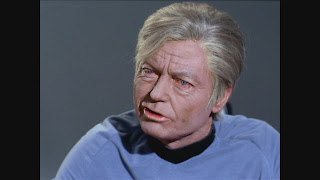 Obsession
Kirk's past comes back to haunt him as a creature which killed everyone on his old ship (Farragut) returns and comes after the Enterprise and it's crew. The son of his former captain freezes under pressure and blames himself but he and Kirk soon realise nothing they could have done would have saved anyone.
The red shirt kill count is quite high:) 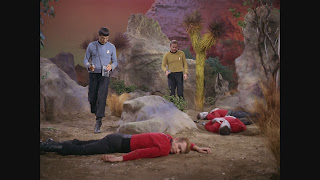 Wolf in the Fold
While on Argelius II Scotty is suspected of murdering a bunch of women and with a loss of memory even he begins to suspect himself. Great to see Scotty get an episode and it's quite entertaining one at that and some what of a murder mystery. 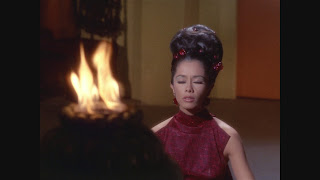