The Corbomite Maneuver
A routine exploration patrol discovers a probe like device which blocks their passage, when it shows signs of reacting to the ships attempts to evade it is destroyed and then it's bigger brother arrives and grabs the Enterprise in an unbreakable hold. To prevent destruction Kirk convinces the commander of the other ship that to destroy the Enterprise will result in his destruction as well so they are towed by a smaller ship for investigation allowing time to come up with a solution.
A classic episode which was actually the first filmed post pilots and shows the way Gene Roddenberry wanted to take the show, humans and the Federation were capable of thinking beyond the monkey. 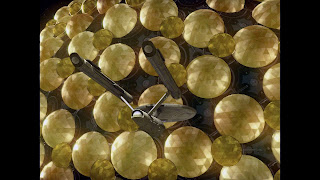 The Menagerie 1 & 2
This two parter was created due to time and financial constraints imposed on the show by the studio and network, in many ways that pressure created a masterpiece of television and inventive use of older material.
Jeffrey Hunter played Captain Pike who had become unavailable in the aftermath of the failed pilot but the idea of a race of advanced telepaths capturing sentient beings to breed to provide entertainment is serious scifi. The show also pushes the Spock character well beyond the cold machine like entity and laid most of the groundwork for the loyal and vulcan/human blending we come to know and love. 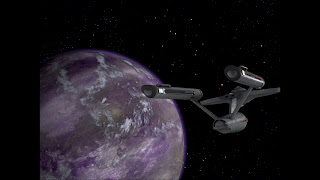 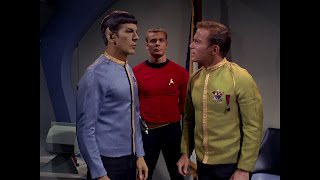 The Conscience of the King
A horrorific situation on the planet Tarsus 4 which led to the murder of half the population during a famine returns to haunt the handful of survivors who could identify the leader of the colony who implemented the "cleansing" of those he thought as less than useful. Eighteen years on one such survivor goes to Kirk with the identity of Kodos The Executioner but is then found dead leading Kirk to investigate and become a target himself. This isn't the strongest episode of the first season but there are some very good moments and if nothing else it may be the source of the love of Shakespeare within the Star Trek universe:) 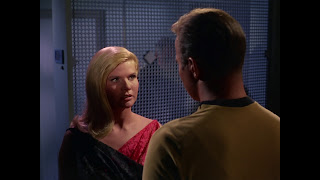