The Enemy Within
A transporter malfunction creates a physical duplicate of Kirk but one being has all
the negative emotions and the other the positive but neither one is really Captain Kirk,
only together do they have the strengh and compassion to make life and death decisions.
A great episode but certainly of it's time, the way they treat the attempted rape victim
and her own reactions is way out of sync for todays society. 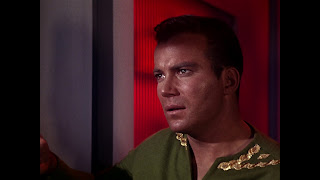 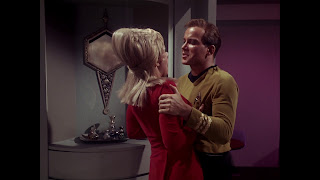 A rogue trader and all round dodgy dude is transporting three willing women who are
looking for husbands and boy are they crackers (for the late 1960's). Of course we learn
not everything is as it seems because good old Harry Mudd (Roger C. Carmel) can not
do anything on the level but it all turns out ok at least for the one woman
(Eve played by Karen Steele) who shows some integrity. 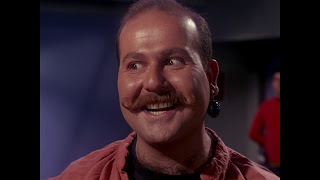 What Are Little Girls Made Of
Nurse Chapel joined Starfleet to search for her fiance Dr Roger Corby and when
the Enterprise visits his last known location they discover him alive and well having
found some wonderous technology. The joyous moment is cut short when it turns
out Corby has his own agenda and controlling the Captain and then the Enterprise
are the first steps in his master plan.
Ted Cassidy is excellent as Ruk. 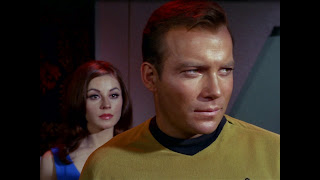 Miri
A duplicate Earth (weird or what) is discovered but with a destroyed civilisation.
On beaming down they discover a group of young children who shouldn't be alive
but are then discovered to be carrying a disease which kicks in at puberty and then
they contract the disease and have less than a week to find a cure.
Kim Darby (True Grit) guest stars as Miri. 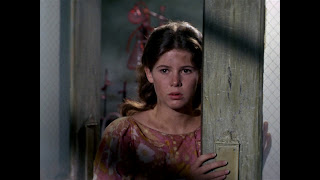 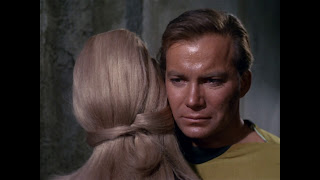 Dagger Of The Mind
A visit to a penal colony results in a patient stowing away on the Enterprise but in a
surprise twist it turns out to be a doctor who is suffering from his own experiments.
The story doesn't seem to ring true so Kirk along with Dr Helen Noel beam down
to investigate (they had a fling at a christmas party) and their relationship is exploited
to cover up the shady dealings in the penal colony.
Mariana Hill is absolutely gorgeous as Helen Noel (Noel = Christmas party get it?) 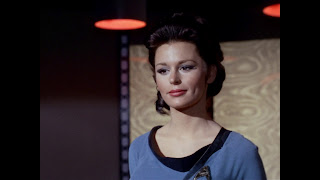 Another strong batch of episodes with a mixture of humour, mystery and intrigue and
Kirk is in his prime, the guy looks good and the chemistry between the three leads is
coming on nicely.