Unexpected
A ship is discovered trailing the Enterprise and feeding of it's plasma wake.
Tripp goes aboard to help fix their engines and is exposed to their holographic
technology and well gets a little careless and hey presto the guys pregnant then
Klingons get involved.
Ok I know it sounds silly but this episode actually works pretty well, if for
nothing else the Klingons reaction pretty much sum up the whole story. 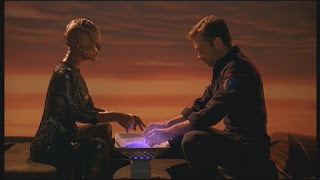 Terra Nova
An old colony which was lost under mysterious circumstances is visited by the
Enterprise and high levels of radiation are discovered. There are however survivors
living underground, child of the disaster who see the crew as being enemies and
responsible for the deaths of their parents and grandparents.
This episode had some good ideas, I don't think it worked that well.
Erick Avari (Stargate) guest stars. 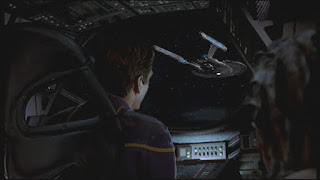 The Andorian Incident
Now we are talking, the best episode so far thanks to the introduction of
the Andorians and specifically Jeffrey Combs once again appearing on Trek
and well knocking the ball out the park.
A visit to a Vulcan temple reveals an occupying group of Andorians searching
for surveillance equipment and the landing party are taken in the belief they are
working with the Vulcans to spy on the Andorians.
There are some nice twists and actions taken by T'Pol, Shran and Archer. 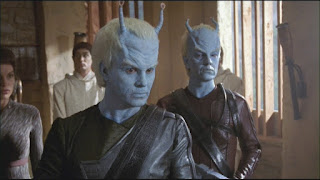 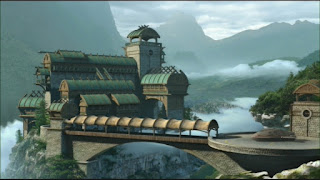 Breaking The Ice
The crew get all excited about discovering a comet which has a high
percentage of an element that could be of some use. A shuttle pod is taken
down by Travis and Mayweather and well of course it all goes wrong and to
make it worse the Vulcans are "observing".
This episode had some funny moments and we got some development with
T'Pol but overall not that great. 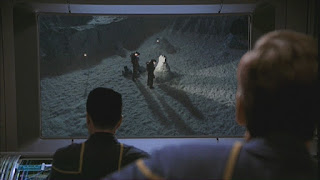