Shockwave Part 2
Stuck far in the future Archer and Daniels attempt to jury-rig a temporal communications
device in the hopes of contacting Enterprise and ultimately gaining access to the time travel
tech being used in that time frame.
T'Pol is being interrogated by the Suliban who have lost contact with the future masters
and it's this confusion which saves the day both for Archer, Enterprise and ultimately the yet
to be born Federation of Planets.
This was a very satisfying conclusion to the first season cliffhanger, yes of course you had
to accept the MacGyver approach to temporal phone calls and how easy it was to fool
the Suliban but nothing new about that, the good guys in any show tend to perform miracles. 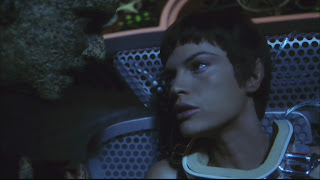 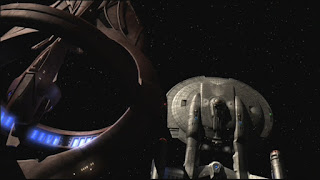 Carbon Creek
Dinner with T'Pol, Trip and Archer leads to story telling and she tells them a tale of the true
first contact between the Vulcans and Humans after a research vessel crashed near the
small town of Carbon Creek. The Vulcan survivors make a life for themselves in the
community and when rescue finally comes one decides to stay behind which leaves Archer
and Trip speechless, was it a true account or a tale weaved by a mischievous T'Pol?
Carbon Creek is an excellent episode, first off great to see the interaction between the three
main characters in the show and for once they did the titillation with really class, silhouetted
T'pol was awesome:)
The episode has a lot of humour, not really laugh our loud but subtle and working off of what
we know of the characters and situation. 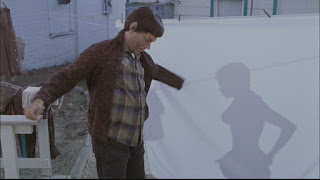 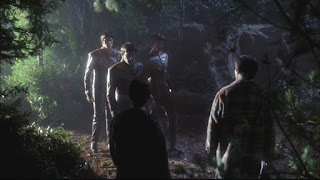 Minefield
A huge explosion rocks the ship ripping away a part of the saucer, the ship has struck a
cloaked mine in a star system they were exploring and another mine is now clamped to
the hull close to the impulse manifold and could destroy the ship.
Reed goes out to disarm the mine and is trapped as it extends another clamp and a ship
de-cloaks identifying itself as Romulan a race Archer became aware while far into the future.
A stark choice is presented, try to disarm the mine and risk it's explosion while relying on
the patience of the Romulan ships or jettison the plating and sacrifice Reed.
I enjoyed this episode even though they may have taken Reed's "rod up the backside"
character a little too far but that is at least countered with some good exchanges later.
It's difficult to know if the writers did the Romulans justice, little is known pre-Romulan
war but it doesn't seem in character for them to not destroy the Enterprise on sight. 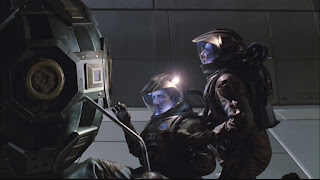 Dead Stop
The Enterprise badly damaged after the mine explosion is limping along and is guided towards
an automated repair yard, this high tech facility controlled by computer docks the ship, discusses
payment and then begins the repair to the ships hull. The crew are given leave to visit the station
where replicators provide them with any food they desire and everything seems to good to be true
and then Mayweather is found dead in an area they were told to avoid while repairs were ongoing.
Dead Stop is good solid episode and very rewarding not to have the ship all in one piece after the
episode Minefield, continuity and consequences of actions add such flavour and backbone to a
show, something other Trek series never took real advantage of. 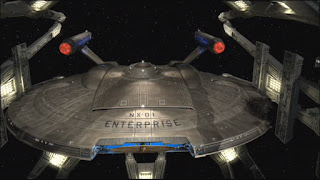