Fusion
The Enterprise meets an old Vulcan ship with a crew that is decidedly different to the Vulcans
they have met before, it seems these beings are embracing their emotions while still paying
lip service to the tenants of Surak. T'Pol is drawn to one of younger men as he seems to share
some of her experiences but his emotional control is both weaker than most humans and when
the opportunity arrives he can help but exploit T'Pol with consequences.
I guess Fusion builds T'Pols character and opens up the Vulcan mindset but it's a pretty dull
episode to be honest. 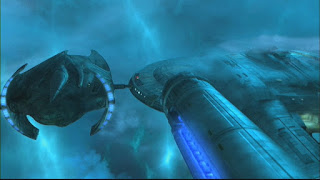 Rogue Planet
A rogue world void of it's star system shows signs of life and upon investigation a hunting
party from another world is found, they say they have permits to hunt this world during
this period and it's a cultural norm. Everything sounds reasonable until Archer sees
a woman who can not possibly be there and it turns out the "game" the hunters are
after is more sentient then they led the landing party to believe.
I rather like the episode for it's idea of a dark world however it wasn't really produced
upto spec and ultimately the story is a little on the weak side. 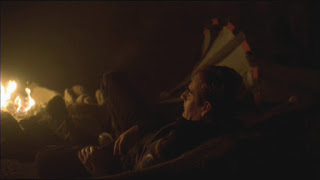 Acquisition
The Ferengi lay a trap for the Enterprise and when sprung it renders the crew unconscious
leaving the Ferengi to look the ship for it's valuables including the females. The fly in the
ointment is Trip who was in the decon chamber and protected from the knock-out gas (no
internal sensors for this on board the NX-01 I guess:)
This is a fun episode and the Ferengi thanks to DS9 portrayed much better than they were
when introduced on TNG, amusing to see Jeffrey Combs and Ethan Phillips under the
prosthetics:) 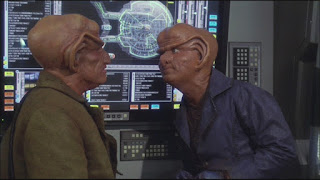 Oasis
On the look out for material to repair the ship a trader points the Enterprise towards
a crashed ship, he claims it's haunted which is why he has not claimed it as salvage.
It turns out there was a crew on board who have made a life for themselves but all
is not what it seems. A clever episode with René Auberjonois and Annie Wersching
starring, good use of technology we've been introduced to but pretty much
recycling ideas used in other series. 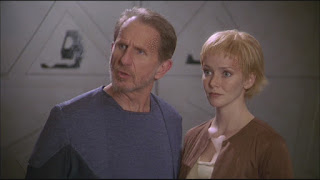