Civilization
An energy source beyond the capabilities of the native population is identified on a
planet and a disguised alien ( Wade Williams ) is discovered living and working there
who claims the  reactor is for powering a replicator.
Archer meets an apothecary called Riann ( Diane DiLascio ) who says the locals are
coming down with a disease and she suspects the store run by this alien and further
investigation reveals a poisoned water table thanks to an illegal mining operation.
This is pretty much a classic TOS tale done with more flare and money, Archer gets
to woe a local female and leave this world better than they found it. 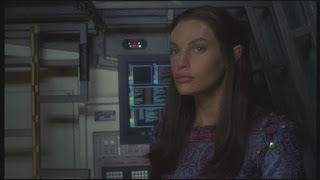 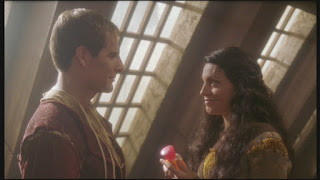 Fortunate Son
ECS Fortunate a low warp cargo ship sends out a distress signal claiming to have been
attacked by Nausicaan raiders, the Enterprise is sent to assist and when they arrive the
Fortunate seems fine having fought off the raiders but something doesn't feel right.
It turns out the acting Captain  (Ryan) has taken a prisoner and is torturing him for information
to aid a revenge plot and in his extreme reaction he fires on the Enterprise and abandons
some of it's crew in a leaking cargo container.
It was interesting to see the culture of a family run cargo ship or would have been, they
really missed the mark by not exploring this dynamic, they did touch upon the concerns
of the crew faced with the emergence of Warp 5 engines which would mean second gen
engines for cargo ships wish could spell the end of this nomadic existence.
An average episode but you are kind of forced to go along with the extreme measures
taken by Ryan the acting captain to make it work. 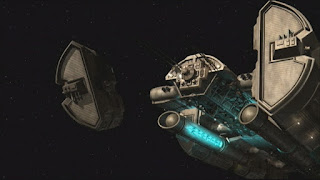 Cold Front
The Enterprise hosts a gathering of folk who have come to a nebula to witness the
Great Plume of Agosoria, a stellar expulsion which occurs on a regular basis.
Unbeknown to the crew the Temporal cold war is coming to town as Silic is sent
to the ship and a time agent (Daniels - Matt Winston ) has been sent to capture him.
Archer is given some of the details by Daniels in return for his help and in turn brings
T'Pol and Trip into the circle but do events play out as they should.
A pretty good episode, the "b" plot of the spiritual folk and Phlox is pretty much
just window dressing but the time element was very interesting and well don't worry
about the details just enjoy the story:) 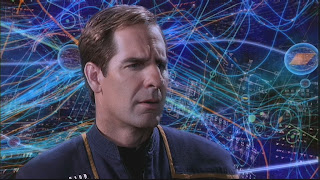 Silent Enemy
A mysterious and quite capable looking Starship pays the Enterprise a visit then goes
away, it returns later and fires upon them and a running battle commences, it seems the
alien ship and crew are testing the Enterprise.
Trip and Reed start fitting the phase cannons while the ship flees back to Earth to
complete it's fitting after leaving space dock incomplete. When the alien ship returns
it's surprised by the firepower the Enterprise has and damaged it warps away.
Occasionally it's satisfying not to know the species or motivation of an enemy and it works
for this episode, who and what they were was not important, what was is how the crew
reacted and the decisions made by Archer to admit they are unprepared but when the crew
raises to the task his resolve returns. 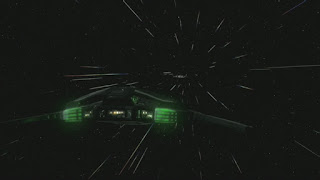 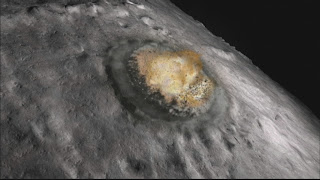