Two Days Two Nights
The Enterprise finally makes to Risa and guess what, only a select few are allowed down
well at least for the purposes of this episode and they are all the first watch, handy that.
Ok Trip and Malcolm go clubbing with mixed results, Hoshi is pretty much the people
person and ends up having well lets say she was quite satisfied and as for Archer well
it must be a Captain thing, go on holiday and get involved in conspiracy and intrigue
with Keyla ( Dey Young ).
This was meant as pretty much a fun episode but everything was a little too forced, I
don't think any of the writers involved specialised in humour yet they did ok with
Shuttlepod One. On the upside Phlox delivers once again, the Doctor saves the episode
which isn't the first or last time and not just in Enterprise.
I suppose credit for keeping the Risa element of a few episodes ongoing at least creates
some continuity but maybe Trek as a whole should stay well clear of the world,
they never really know how to handle it. 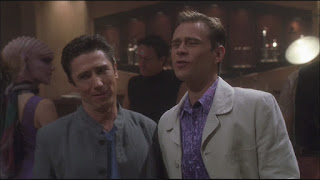 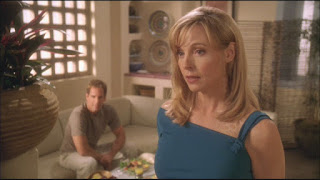 Shockwave Part 1
The ship visits a Paraagan mining colony and tragedy strikes as the shuttle ignites
pollutants in the atmosphere and it flash burns scouring the surface of all life.
Racked with guilt when they call from Earth with a push from the Vulcans to return
the ship and end the mission Archer willingly complies until a visit once again from
the temporal Agent Daniels who informs him the colony was never meant to burn.
It turns out other factions had engineered the destruction and changed the time line
to remove Archer and the Enterprise from the equation but even more events are
occurring as Silik ( John fleck ) demands Archers surrender to him and then vanishes.
Shockwave was a pretty decent season finale, good cliffhanger you know will be
resolved but maybe a little more shock factor would have been welcome. Daniels
proves killing a time traveller in one time stream isn't always the complete solution
you would think it would be but hey that's temporal mechanics for ya:) 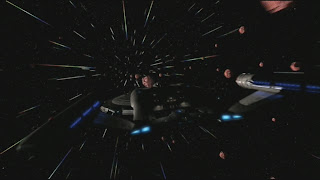 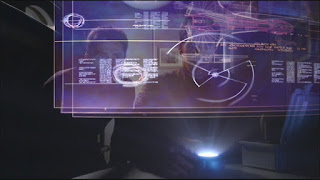 Enterprise is my second favourite Star Trek show and the first season while not the
best is really strong for a Trek series. If I was to pick an episode as an example of
the best of season 1 it may be "The Andorian Incident" because it really make good
use of the Andorians which were not fleshed out in any other series against the Vulcans
who were showing both faces long suspected by Starfleet.
There are some weak episodes as well but I didn't feel the need to skip any on this
re-watch but there a few I would never cherry pick to watch again but still a strong
first season of Enterprise.

Check out the Star Trek Enterprise themed podcast "Previously in the Alpha Quadrant"
which is part of the Trek Mate family of Trek productions.