The Breach
An emergency extraction of a Denobulan scientific group and a moral dilemma
for Phlox both of which really contribute to a dull episode.

Congenitor
An advanced space faring culture is open to friendship with the crew of the
Enterprise and seem willing to share technology, a great boon to the human
race until Trip sticks his nose in.
I repeatedly yelled at the screen for anyone to smack Trip around the head,
when will he learn not to interfere where he doesn't belong. On the upside
well done Malcolm, he shoots he scores and the late great Andreas Katsulas
plays the alien commander. 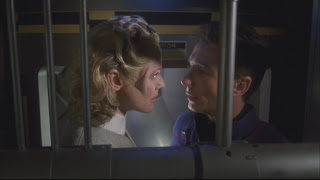 Regeneration
The wreckage of the Borg sphere destroyed in First Contact is discovered
on Earth and a couple of Borg regenerate and escape Earth and attempt
to contact the collective in the Delta Quadrant.
The Borg may have been over used in Voyager but this was a decent episode
which took a solid foothold from the movie, still a little easy to kill but they
had to be I guess. 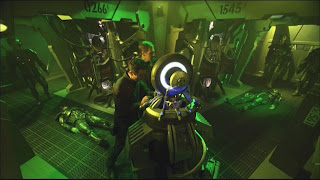 First Flight
Captain A.G. Robinson a compatriot of Archer is dead, this story tells in
flashback the story of their competition for commanding the early warp 5
engine tests which ultimately led to command of the NX-01.
An entertaining episode, suffers a little because the scale should be bigger
but an excellent performance from Keith Carradine. 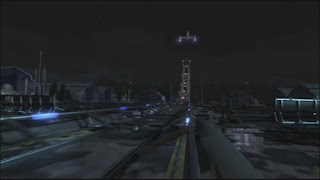