Spock's Brain
A young woman beams on board the Enterprise and proceeds to stun everyone and has her devious way with Spock, when the crew awakens Spock is found in sickbay minus his brain!!! You know the story is rather silly or maybe just not given enough time and effort to flesh out the story to make it less cheesy given the limitations imposed on season 3 by the studio. 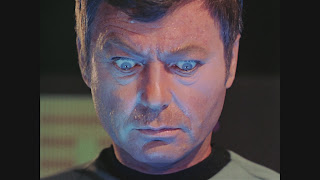 The Enterprise Incident
Kirk orders the ship into the Romulan Neutral Zone where it is captured, given his erratic behaviour the Romulans accept the acts of one man as not being a cause for war but intend to keep the ship and eventually free the crew. Unbeknown to everyone but a select few this is all a huge ruse to steal the cloaking technology used by the Romulans while they are distracted with their prize. To save money the Romulans have conventionally started to use Klingon designed ships in addition to the warbird seen in Balance of Terror. 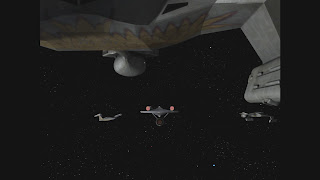 The Paradise Syndrome
On beaming down to a world threatened by an asteroid the landing party discover a small native American culture is thriving, in addition a strange obelisk with alien writings seems to stand guard over these people and then they misplace Kirk. Faced with intercepting the asteroid Spock and McCoy return to the ship and ultimately damage the power systems which allows the episode to give Kirk the time to fall in love, marry and potentially become a father before tragedy strikes.
This is a cracking little episode, resources may have been tight but the production value is top notch and while there is a large plot hole you can overlook it because it's damn good episode. 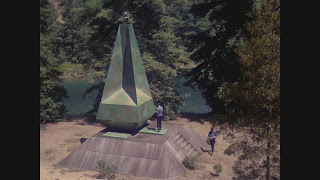 And The Children Shall Lead
A dead colony with only the children left seemingly unperturbed by the deaths of their parents and a legend of an ancient evil which used to dominate this sector of space. I couldn't help but think a firm hand or even phaser set to stun would have resolved this episode so much quicker, not one I will re-watch anytime soon.

Is There No Truth In Beauty
A very alien ambassador from a race known for their skills at navigation requires an aide with superb mental barriers to interact with humanoids who otherwise would go mad upon looking at the ambassadors form visits the ship. Diana Muldaur returns to play a new role as Dr. Miranda Jones a telepath who has had Vulcan training but hides a secret. A clever idea with a true alien life form and some background on the Vulcan culture. 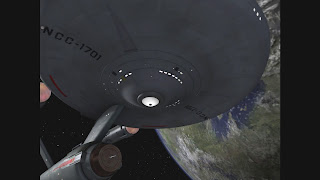 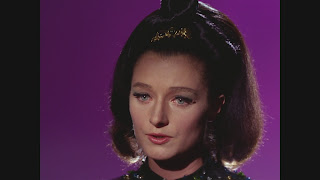 Extras
Previews
Posted by Jarrak at 23:27