The Ultimate Computer
A new computer system (M5) is installed in the Enterprise with the goal to take over all functions and in turn reduce the crew requirements to bare bones and to test the system war games are held but the M5 is a little too "human" in it's thinking and defends itself with full force.
A clever man v machine episode with some serious casualties, like Picard and the Borg you wonder how Kirk and the M5 were viewed after the events in the episode. 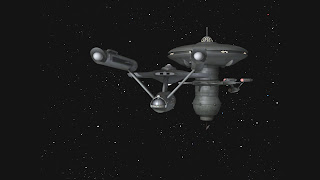 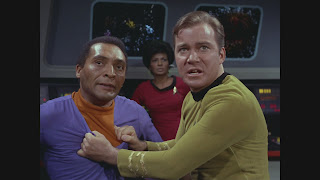 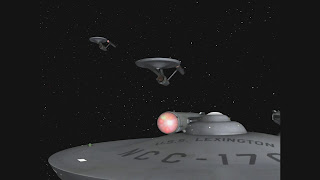 Bread and Circuses
Kirk, Spock and McCoy are captured by guards of a culture based on Rome and in this culture slavery and the empire never fell complete with televised "specials" and combat to the death gladiatorial games.
They discover the former captain of the SS Beagle presented most of his crew for the "games" to secure his survival and comfort in this world. Lots of action and quips as swords ring and a rebellion by slaves gains momentum. 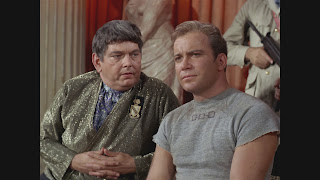 Assignment Earth
Using slipshot time travel techniques the Enterprise returns to Earth of the mid 20th century to discover how the human race were able to survive the cold war nuclear arms race but are surprised by a visitor from another world with no qualms about interfering. An excellent episode which mixed real footage to give the time travel ep some depth, shame about the fashions but Gary 7 was an interesting character and this was being used as a back door pilot for a show centred on him. 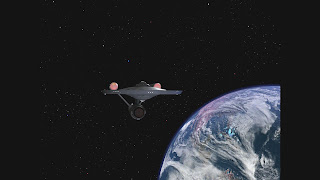 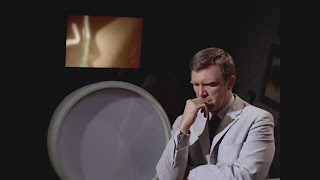 Season two once again had plenty of strong episodes but also it's fair share of the more cheesy and preachy but the underlying strength of the show remains. The Kirk, Spock and McCoy trilogy is well established now but as had often been remarked the price was the marginalisation of the other regular cast members including the new edition Chekov.
Still a very good season of scifi and the new visuals are wonderful to behold.