The Gamesters of Triskelion
Kirk, Uhura and Chekov are transported off the Enterprise onto a world where they are pawns in a series of combat scenarios for the entertainment of highly evolved beings. Kirk seduces his handler and then turns the tables on the "brains" in an uber wager. A fun episode, cheesy and some questionable fight sequences but still a lot of fun. Angelique Pettyjohn played Shahna. 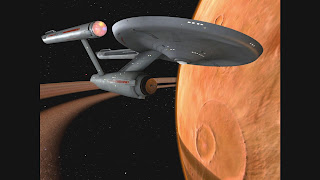 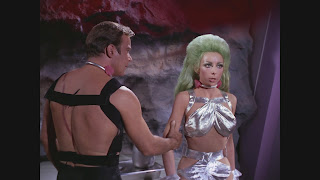 A Piece of the Action
Investigating the impact on a culture which had been contaminated by a human spaceship 100 years previously the Enterprise discovers a world which has embraced the Chicago gangster based society and the "boss" wants more weapons to consolidate the planet under one rule. Surprisingly Kirk is up for the final result but not the means to get there. 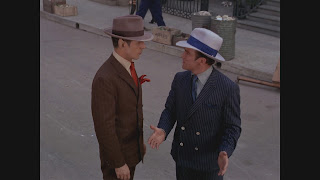 The Immunity Syndrome
The Vulcan crew of the USS Intrepid are killed by a creature that lives in deep space and Spock feels their deaths. The Enterprise rushes to the scene and finds itself in danger of suffering the same fate until Spock risks his life to save the ship and his crew. 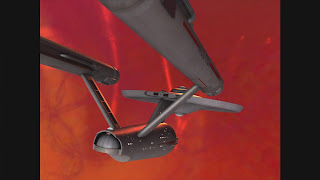 A Private Little War
An episode which mirrors the events in the Vietnam theatre as the Klingons and Federation look to manipulate a weaker culture in the hopes of expanding their own agenda and goals, one of the more preachy stories of the show. Scifi once again proves how useful a genre is to get touchy subjects into the mainstream.
Nancy Kovack plays the driven and devious Nona. 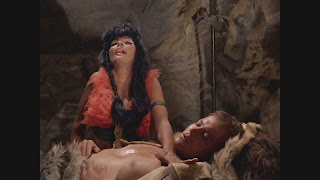