Return To Tomorrow
Answering a distress call the landing party discover centuries old intelligent entities housed in fancy globes, these "people" want to occupy the crews bodies so they can build androids and return to the corporeal world but once they get a taste it's difficult to play nice.
Diana Mulder plays Dr Ann Mulhall she later returned to Trek in season 3 and then TNG as Dr Pulaski. 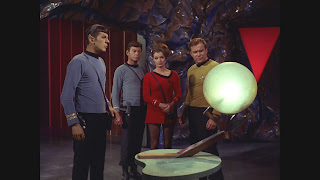 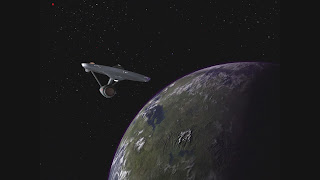 Patterns Of Force
The Enterprise visits Ekos to investigate the disappearance of the Federation cultural observer John Gill only to find a culture constructed upon the Nazi model but on a planetary system scale where one world looks down on another. An in your face episode in terms of delivering the message but actually works quite well. 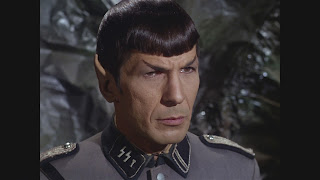 By Any Other Name
The Enterprise is captured by Kelvans who want to return to Andromeda their own galaxy, they came to the Milky Way as a vanguard/recon group to decide if our galaxy was suitable as a new home. Kirk breaks out the charm and well he could woo the universe if required:)

The Omega Glory
The loss of the USS Exeter uncovers a culture being manipulated by that ships Captain who has used weapons technology to kill thousands of the natives enemies. Convinced he is infected with a virus that will kill but if processed bring almost eternal life Captain Ronald Tracey is willing to go to any lengths even killing Starfleet personnel. 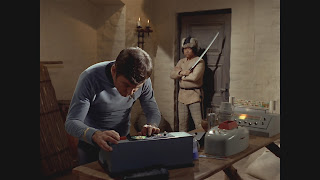