The Trouble With Tribbles

Now this is unusual, the whole of this blu-ray disk is devoted to the Tribbles with the TOS episode, the DS9 follow up and the animated episode. The disk is packed with extras such as PIP features, commentaries and documentaries with interviews a plenty.
The episode itself is one of my favourites and an out and out comedic story with some hints of menace from the Klingons who may be exploiting the terms of the Organian peace treaty. Kirk is the butt of many a joke and we see perhaps the beginning of Shatner using his own self as the lynch pin for a humorous scene, this evolves eventually to his excellent work in Boston Legal and well his everyday public persona. 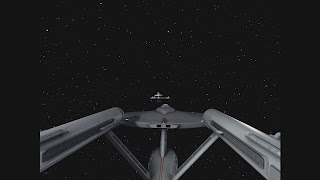 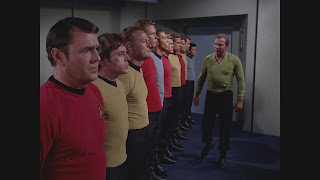 Trials And Tribble-ations
This was television magic, taking the original TOS episode and working in some of the characters from DS9 in such a manner that it was almost seamless. The story which focused on the investigation of the time slip also gave the episode a practical framework which added weight to what was like the original a fun episode. Dax looked absolutely stunning in the traditional red yeoman's uniform, it was made for a tall woman:) 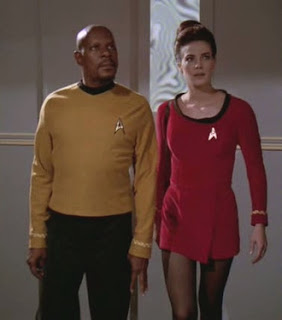