The Lost Tribe
Mckay and Daniel held hostage on the alien facility attempt to convince them that the device
has to be switched off but the aliens refuse and then in a very surprising moment they reveal
themselves. Meanwhile the Daedalus under the control of Todd is making beeline for the alien
base but Ronon and Kellar are doing their best to sabotage the ship and Sheppard on board a
Traveller ship is racing to beat everyone to the planet. 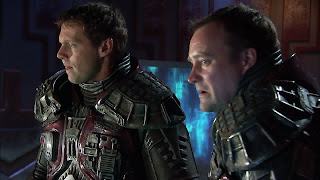 Outsiders
The Wraith visit a small community intent on finding and killing the refugees from a planet
infected by the Hoffan drug. The community are split in regards to sacrificing the "outsiders"
or protecting them from the very beings that may eventually eat them all. I really didn't find
this episode interesting. Agam Darshi guest stars as Novo. 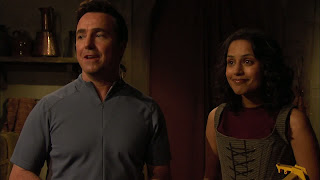 Inquisition
The team are tried for their acts since coming to Pegasus, cue clip show.

The Prodigal
Atlantis loses power after a captured jumper and IDC are used to infiltrate the city. Guess who
is back with the intent to steal Teyla's baby and destroy the city. 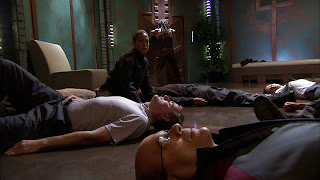 Remnants
Woolsey is under review and flirting with a pretty scientist, John is on the mainland chasing a
woman, McKay is being praised by Radak and a repository of knowledge is found on the ocean bed.
Anna Galvin plays Vanessa Conrad, Tamlyn Tomita is Shen Xiao,  Johnathon Young returns
as Dr Parrish and surprise Robert Davi makes an appearance. 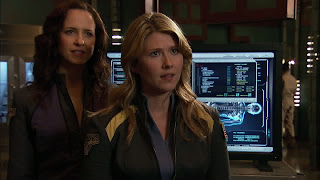