The original movie really gave Tim Allen his first big hit on the cinema screen, a well produced and quite slick family friendly movie telling the tale of a work orientated father who has neglected his wife which led to a divorce and his young son wants little to do with him. This changes when Santa Claus falls from the roof of Scott Calvin's home and when he puts on the red coat the "clause" is triggered and he becomes Santa leading to an adventure with his son the likes of which money can not buy. Of course the next door Scott (Tim Allen) is in denial but his son is going around telling everyone of his adventures which eventually leads to him losing joint custody but when a year later he morphs back into Santa the opportunity arises to fix everything as long as the police don't arrest him first for kidnapping :)
IMDB 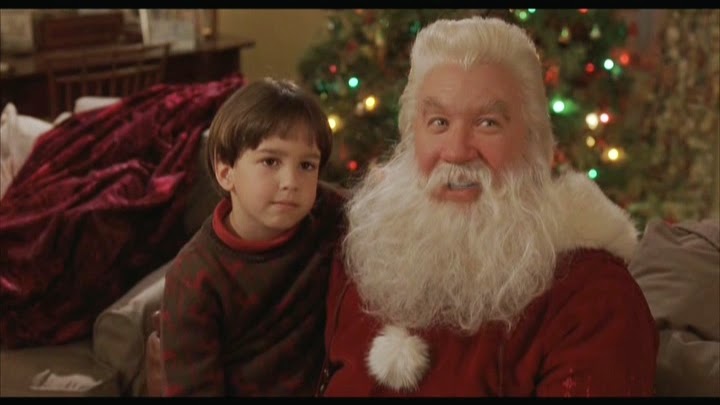 In the sequel set a few years later we see Scott is well adjusted to being Santa but his son is having trouble dealing with such a secret and is acting out at school and ends up on the naughty list. This would be bad enough but a second clause requires a Mrs Claus otherwise he will lose his right to be Santa come to Christmas Eve. Scott returns to Charlie and meets the very strict school principal played by Elizabeth Mitchell and after some clash of personalities the two find some common ground and a romance blossoms. Meanwhile back at the North Pole the "artificial" Santa which Curtis the Elf created to fill in for Santa has put everyone on the naughty list and is set to deliver coal to every child in the world. Will Scott save christmas, bond with his son and marry all before christmas day?
This is my favourite of the three movies, I love Elizabeth Mitchell in this role and will happily watch her in anything now so her guest spot on Once Upon A Time is highly appreciated :)
IMDB 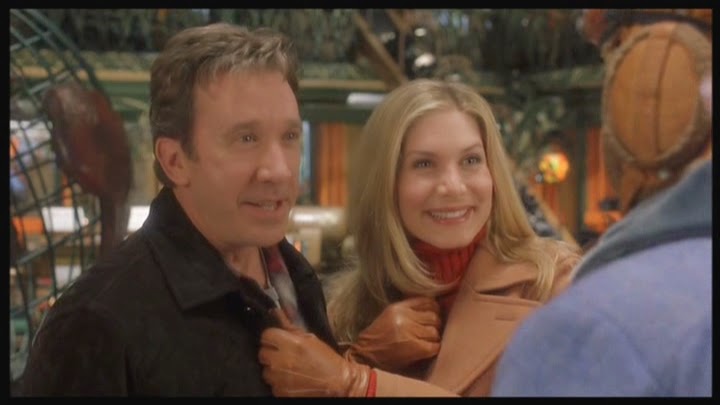 The Santa Clause 3: The Escape Clause

This movie is probably the weakest of the trilogy but it certainly has a respectable line up of actors so it shouldn't be totally dismissed. Carol (Elizabeth Mitchell) is very pregnant but work pressure and not seeing her family for some time is causing a few issues and Jack Frost (Martin Short) is looking to get promoted and when all the families come to visit Canada (North Pole) he stirs up so much trouble the Scott is manipulated into wishing he had never become Santa and the final clause is triggered and time reverses back to the fateful time when Santa fell from the roof.
Scott realises he has no wife, no future child, his ex-wife is now divorced and never had her daughter and his son hates him even more so he returns to the North Pole which is now a money making resort complex and fights to reclaim his Santaness.
IMDB 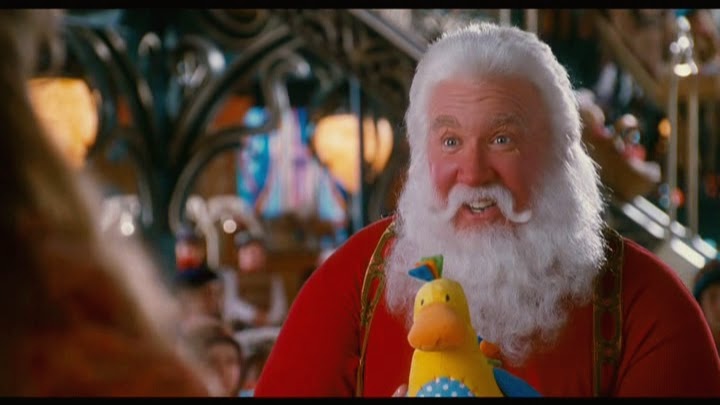