I've decided to rewatch the Star Trek prequel series "Enterprise" which I picked up via the DVD
series boxset for a very favourably price back before they finally announced a Blu-ray release.
No plans to double dip because the DVD's are excellent and since the show was made in HD
there isn't going to be much work don't along the lines of the TOS and TNG high def releases.
Enterprise is my second favourite Star Trek series, it mixes characters, stories and production
value very well and really works the arc based story telling in the third and to a lesser extent
the fourth seasons. 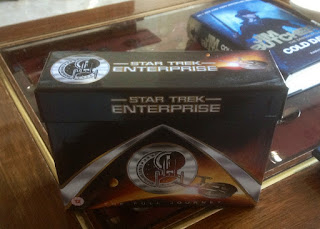 Broken Bow I & II
A Klingon is attacked by a new (to us) alien species on Earth, why there I'm never quite sure
but it provides the impetus for Starfleet with it's NX-01 starship and Captain Jonathan Archer
to defy the Vulcans and take this warp 5 ship out into the galaxy. A simple mission you would
think but the ship is attacked by this new alien race and the Klingon taken which leads the
Enterprise to search and ultimately find the hidden base of these aliens known as Suliban.
Broken Bow is a a pretty good series premiere, lots of action and and mixes the need to
introduce the characters without sacrificing story and they throw in a cute beagle. 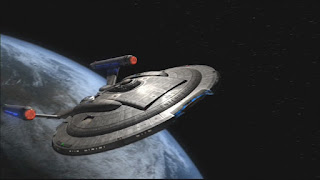 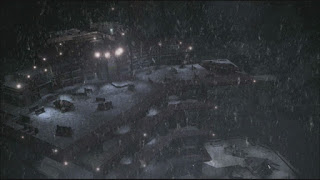 Fight or Flight
An abandoned Starship with signs of battle damaged is discovered and a boarding party enters
and find the bodies of the crew strung up and medical machinery using them to filter some sort of
chemical. The Enterprise is then attacked by the aliens who are looking to use sentient beings as
sources of drugs and then another ship enters the fray believing it's the humans that attacked their
ship in the first place.
This isn't a strong episode, it's a little dull even with the space action but serves more to lay some groundwork on the characters. 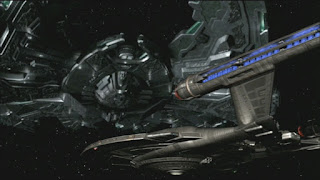 Strange New World
An over night stay on an idyllic forested world seems harmless but an airborne toxin infects those
that are out camping and a dangerous case of paranoia develops centering around T'Pol who at
this stage of the mission has yet to prove herself to the crew.
Well it's always good to see Porthos running free and having a whizz against the first tree he
(or she as it turned out) has probably seen in weeks. We get some decent drama as the landing
party turn on themselves and eventually T'Pol and Archers ability to still connect thanks to his
personal friendships but it's certainly not a stand out story. 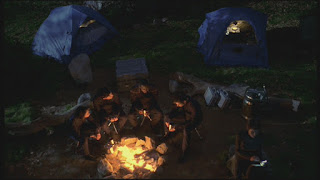