Thank God It's Friday, Again
D'Argo in a hyper rage seeks John on the planet Moya is orbiting, concerned John
goes looking for him and discovers he has like totally mellowed out and is content
to work in the fields of this argicultural world.
However all is not as it seems and despite being told tomorrow is a rest day that
day never comes. This was another of the early episodes I watched which put me off
the series, Rygel and his exploding urine really didn't work. 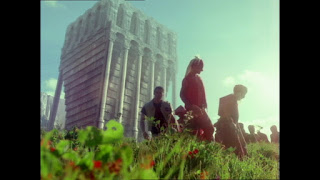 PK Tech Girl
The discovery of the wrecked Zelbinion the Peacekeep flagship raises questions
on who could have defeated it in battle but Moya isn't alone. We also get flashbacks
of Rygel's time on the ship when he was first kidnapped and tortured.
Alyssa-Jane Cook plays Gilina the tech girl. 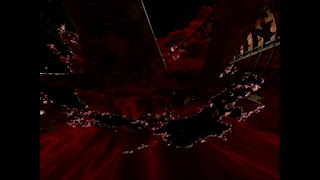 That Old Black Magic
Crichton runs into a mage who offers to solve his problem with Crais however this mage
has his own agenda and bringing the two enemies together to make peace is not his endgame.

DNA Mad Scientist
A scietist who speciliases in genetic based research provides the crew with the locations
of their homeworlds in return of DNA samples but the key to the deal is an arm from Pilot.
Rygel, D'Argo and Zhann attack Pilot reasoning that since he will regenerate then he has
no right to refuse to aid them. A rather brutal episode with unethical research on sentient
beings as well as the crew turning on each other. 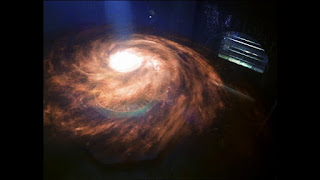 They've Got a Secret
D'Argo has a minor mishap while exporing the most inaccesible parts of Moya
but it starts a chain of events which has Moya putting the health of the crew in
jeopardy as she uses her energy for another purpose.
I'd forgotten how quickly this part of the Farscape was introduced, the beginning
of something quite wonderful.

Extras
Two episodes have commentaries with DNA Mad Scientist having two seperate tracks
one from in front of the camera the other behind.
Posted by Jarrak at 18:53