S2E7 "The Usual Suspects"
Dam and Dean are arrested in relation to the murder of a young couple who they had been investigating after claiming to see spirits. Dean is also linked to the torture and murder perpetrated by the shame shifter back in St Louis.
This an excellent episode as the boys fence with the cops and the spirit makes it's presence known beyond the initial investigation. Linda Blair guest stars as Detective Diana Ballard and Keegan Conner Tracy as Karen Giles. 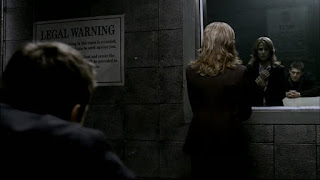 S2E8 "Crossroad Blues"
Crossroads demons are those that can be called and deals done for your soul in return for 10 years of whatever you desire then the Hellhounds come a calling. In the attempt to save a soul which was offered in trade to help another Dean summons the demon played by Jeannette Sousa and not only asks for the souls return but pushes the issues of John's death and possible return if the price is right.
Another good episode with the hellhounds done particularly well. 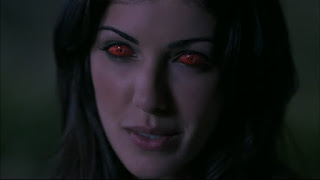 S2E9 "Croatoan"
A vision leads the boys to the small mountain town of River Grove. The townsfolk are a little off and when they witness an assault on a woman by her husband and son the intervene and than are faced with a town sealed off and the people infected by a plague. We are on a roll because again this is a good episode, lots of tension and conflict including between Dean and Sam who both are acting at the extremes of their characters. A big picture arc episode.

S2E10 "Hunted"
Sam goes out alone to search for more people like him and meets Ava who claims to also have visions including Sam dying in a fire but her mother didn't die in a fire which breaks the Demon/6 month pattern he had been tracking. The episode twists dramatically when Sam becomes the target of a hunter and Dean is the bait. You know I may have to revise my opinion of this season, it's firing on all cylinders.

S2E11 "Playthings"
An old country hotel, an invisible play friend and death for anyone that threatens the continued existence of the spirit and it's spectral home. It's not too bad an episode but felt more like a hangover from something like Poltergeist Legacy but it did have Annie Wersching (Renee from 24) playing the mother and Conchita Campbell plays Maggie, you may recognise her from The 4400. Sam as Doll Boy was chucklesome:) 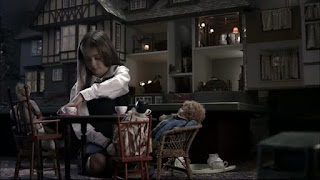 S2E12 "Nightshifter"
Robberies with extreme violence yet not real motive (valuables discarded) and the culprit committing suicide are the centre piece of an episode which starts in a different style, quite interesting intro. Chris Gauthier best known for his role in Eureka plays Ronald who gives the boys the first lead but things go wrong when they find themselves in the middle of a bank heist. 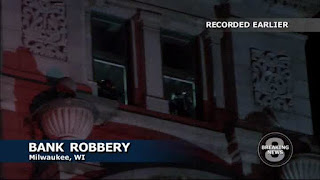 Stars End is a multiplayer sci-fi survival game set hundreds of years in the future in a star system colonized by humans. Come and join us for best connection and hd Quality ptcl speed test