Disk 4
S1E19 "Provenance"
A family portrait which holds a dark and bloody secret born in blood reigns terror around an auction house. Sam becomes involved with the galleries owners daughter (Taylor Cole) whilst researching the history and when she is exposed to the real world around her she joins in to combat the evil. 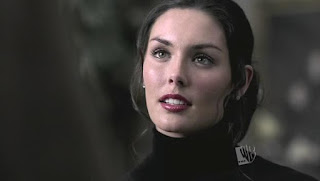 S1E20 "Dead Man's Blood"
It's vampire time which comes as a surprise to Dean who thought they didn't exist and to John who thought they were extinct. The solution is to recover a weapon capable of killing any entity natural or supernatural which is now in the possession of the vampire nest. We get some good interaction between Sam and his dad with Dean in the middle as they hash out issues from a few years ago when Sam left for college.

S1E21 "Salvation"
Meg is back and running around killing the former associates of John and informs him she will continue unless he hands over the Colt. He leaves to meet Meg with a fake weapon leaving the Colt with the boys who are lying in wait for the Demon that killed their mother to claim another 6 month old. This is an excellent episode both in terms of action but also character interaction a lot of which has had it's groundwork laid out during the season. Erin Karpluk guest stars as the mother destined to die at the hands of the demon. 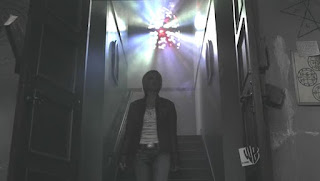 S1E22 "Devil's Trap"
John is missing and the Demon escaped so the boys meet up with Bobby Singer (Jim Beaver) a long time family friend and hunter but Meg finds them and all hell indeed breaks loose even name calling "chuckleheads":)
A rescue attempt succeeds and the family finally come face to face with the Demon that sent them on this journey and some home truths are revealed changing everything.
Excellent season finale. 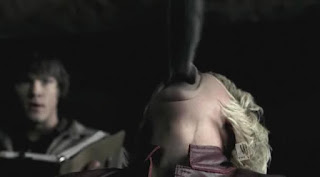 There are no bones about it season 1 of Supernatural pretty much hit the ball out of the park every episode, there are one or two weaker episodes but that number is pretty remarkable for a first season show. The mixture of standalone and arc based stories is pretty much done to perfection and already they know exactly how to craft not only a episode cliffhanger but season cliffhanger.
Roll on season 2.