Disk 2
S1E7 "Hook Man"
Another urban legend in which sinners are butchered by a hooked handed man and in this case it's basically anyone that even considers messing around outside of marriage. It's an interesting episode and for the most part the boys are a little out of their depth before they finally piece together the puzzle. Dan Butler is the familiar guest star at least for those who were fans of Frasier. 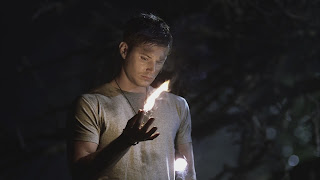 S1E8 "Bugs"
I definitely got an X-Files vibe off of this episode perhaps the mixture of the norm and the bizarre with a healthy dose of existing culture and legends bumping against the modern world. A few very familiar faces in this episode starting with Ryan Robbins (Sanctuary), Jim Byrnes (Highlander), Andrew Airlie (Defying Gravity, Reaper, 4400) and finally Anne Marie Loder who is married to Peter Deluise and appeared in Stargate, Smallville and Due South.
A fun episode. 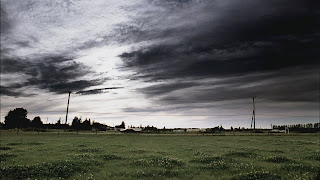 S1E9 "Home"
The boys return to their family home after Sam has nightmares which seem to indicate trouble. The house is now the home for a woman and her two children and things are going bump in the night and with the help of a local psychic who their dad had been in touch with they investigate if the entity that killed their mother has returned.
This is a good episode with great echos from Poltergeist and some twists and turns. 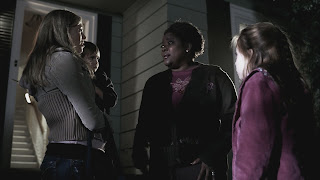 S1E10 "Asylum"
The old trope of an abandoned mental asylum where gruesome things happened and the spirits of the dead and the evil lives on to claim the lives of idiot local townsfolk. I can't say I really enjoyed this episode and again it didn't keep me focused. The highlight is perhaps Brooke Nevin (Katherine) seen recently in Breakout Kings and The 4400.

S1E11 "Scarecrow"
The boys have a few issues after final getting a call from their dad and go their own ways. Dean investigates missing couples in a small town while Sam hitch-hikes to California and meets up with a young woman who is not as cute as she appears. Good episode for the conflict between the boys and the introduction of Nicki Aycox as Meg. 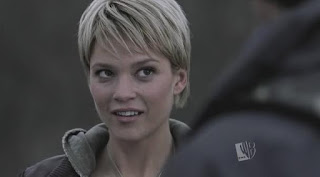 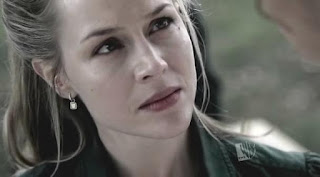 Extras
Just a bunch of deleted scenes.
Posted by Jarrak at 19:16