2015 Seasonal TV Viewing - Under the Mistletoe

Under the Mistletoe is a 2006 movie which stars Michael Shanks as Kevin Harrison and Jaime Ray Newman as Susan Chandler. Susan lost her husband in a car accident the year before and her son Jonathan (Burkely Duffield) claims that the ghost or spirit of his father has returned and talks to him, his snotty and smack worthy attitude combined with financial pressures has the first christmas without her husband becoming a bit of nightmare.
Susan meets Kevin after she rams his car while she was talking on the phone, it's not a great first meeting and the second meeting is after Jonathan attacked a fellow student and she is called in to talk to the councillor and yep Kevin is the new school councillor.
Kevin is sympathetic and offers to go above and beyond to help Jonathan although you wonder even at this stage he is attracted to Susan, of course nothing they can do will make Kevin look anything but a good guy mainly because the "spirit" of the dead husband (Tom played by Conan Graham) comes across as a bit of a dick. First he communicates with his son with no regard to how the world would see something talking themselves in public least of all a young boy surrounded by his peers so getting bullied isn't a surprise. Tom also goes on to pretty much stalk and terrify his former wife with his spooky piano playing and lights flickering. To be fair he ultimately shows he wants the best for his family by supporting the story's main plot to get Kevin and Susan together albeit in a very complicated way and with many a false start but this is a christmas family movie and you will get the happy ending:) 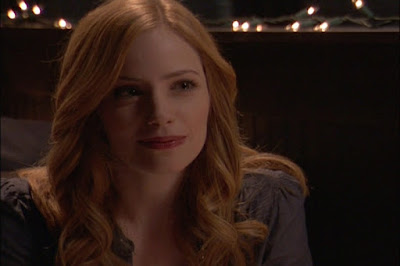 Under the Mistletoe has it's issues but overall it's a good seasonal movie with some fine performances from the two leads and well worth a mention is Ingrid Torrance (SG1) who played Diane Holmes, but I disliked the son and hated the father and the dotty shopkeeper had me seething:)

This was bad news for Susan because she lost her husband in a car accident and after his death, she faced difficulties with bravery. Many people appreciated her especially the film industry supported her and she brought up her son. Coursework writing services.