I'm going to be posting some comments and/or reviews for the programming I watch while off work this December, these are not particularly shows that are aimed at the holiday market but shows I have put aside throughout the year with the intent to marathon.

The sixth and final season of this reality/docudrama only had eight episodes and in many ways it benefitted since they didn't have to dream up some of the more "silly" storylines to keep the show going. In truth the show sticks to the formula, the everyday lives of the main family and personnel of Buffalo Airlines as well as the ups and downs of the airline itself and as is the norm new "characters" thrown in to spice things up. This season we got Air Canada demanding the removal of Joe, a major engine fire on one of the C-64's, problems when all the large cargo planes were down during the christmas rush and the loss of Sophie the dog who had been with Joe and the airline for 16 years. 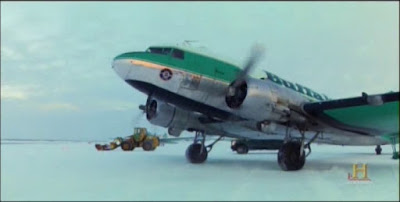 The entry level job for pretty much everyone with the airline is reception/cargo and on the ramp, again we are introduced to a couple of new guys looking to become pilots but have to pay their dues with those important but thankless tasks. We also learn that one of the DC-3's believed to have been used in D-Day was indeed one of the hundreds used drop paratroopers behind enemy lines prior to the invasion. With proof Mikey approaches the Canadian Air Force and offers the plane to celebrate the anniversary of invasion and bravery of the troops and we get a very interesting and compelling storyline as the plane has to be retrofitted to original spec along with some safety features and of course a couple of the Buffalo guys choose to make their first jumps as well. 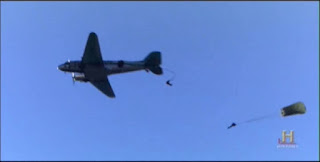 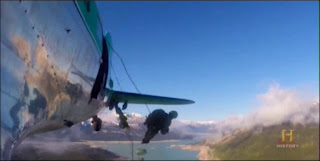 I enjoyed this final season of Ice Pilots NWT, a good mix of characters and situations without going to the extreme that some reality shows which centered on real world concerns, of course they still create conflict and manipulate people but they showed some restraint.