While the movie is certainly not set at christmas there is a lot of snow and you get the main character on a path of redemption, that for me makes it a christmas movie and one I do watch more than once a year. To be honest anyone that doesn't consider it worth finding the time to watch one of Bill Murray's best movies has something wrong with them:) 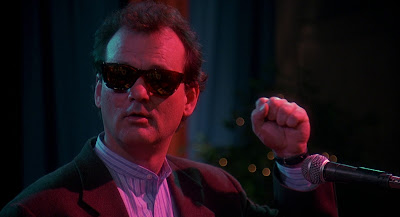 Groundhog Day follows Phil Connors a very arrogant regional weather man who draws the short straw to visit Punxsutawney and cover the Ground Hog festival. He goes along with his camera man and new line producer (Rita Hanson played by Andie MacDowell) and the coverage of the event is fine but on the way back they get caught in an unexpected snow storm and return to Punxsutawney. Phil awakes the next day to the same music on the radio and the same people in the same situations, he is living the day all over again and again and again.
The majority of the movie covers Phil as he explores the options with living the same day so many times, he uses it to seduce women, steal money and indulge the more negative aspects of his character until he sees the opportunity to better himself with music and medicine and many other things to make those around him feel better. Ultimately having spent so much time in the company of Rita he eventually has an almost perfect day and no matter how hard he tries he can not recreate it until she surprises him and maybe herself and they spend the night in his room and he awakes to find her at his side. Phil can now live the rest of his life. 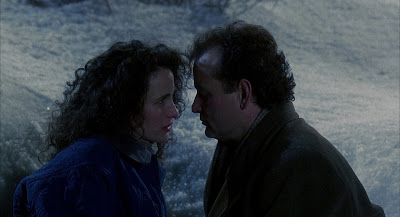 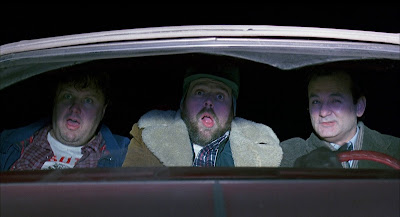 Groundhog Day is a classic comedy with dramatic elements but at it's heart it's teaching the viewer a lesson as we see Phil fall and rise as he embraces the negative and then the positive aspects of humanity. It also has Stephen Tobolowsky and that is never a bad thing:)