The first movie in this trilogy is a comedy but has a serious overtone missing from the following two and it doesn't feel out of place, in fact it adds some weight to the story that's missing in those that follow. So Scott Calvin (Tim Allen) is a workaholic who has ruined his marriage to the point his young son Charlie has no desire to spend christmas eve with him. During the night they are both woken by noise on the roof and find a guy dressed as Santa, he is startled and falls to his death, you see what I mean, not all sunshine and rainbows. Scott puts on the Santa suit which triggers the "clause", he is now officially Santa and completes the rounds for this christmas with Charlie in tow. For the following year Scott is in denial which causes grief with his son and ex-wife but as christmas approaches he gains weight, grows a beard and THE list arrives. IMDB 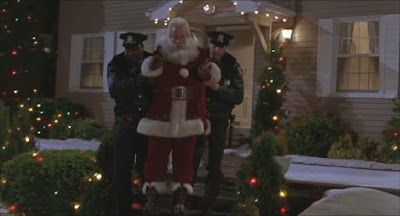 So Scott Calvin is settled in as Santa but his son Charlie is on the naughty list after lashing out at school and vandalising property. The principal Carol Newman played by the simply gorgeous Elizabeth Mitchell is not willing to spend money on decorations and comes across as a bit of a hard ass but we soon learn she is very different in her personal life which is helpful as Scott needs to find a Mrs Claus before christmas day or he ceases to be Santa. Scott begins to court Elizabeth and wins her over until he reveals his identity and she pretty much flips accusing him of running away from commitment and honesty. Meanwhile a "fake" Santa is running the North Pole and when he gets hold of the rule book begins his reign of terror, coal for every child in the world. IMDB 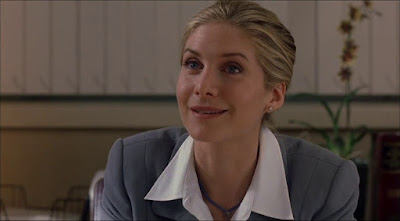 The Santa Clause 3 The Escape Clause

In the final movie in the series Carol in very pregnant and the pressures of being away from her family clash with Scott and his commitment to getting ready for christmas. He decides to bring her parents to the North Pole and disguise it as a Canadian toy factory but Jack Frost who is looking to become a force in the world manipulates events and gets Scott to admit he wished none of this had happened. The escape clause is triggered and time rewinds and Jack Frost becomes Santa and the North Pole is turned into a theme park and money making machine. Scott having lived the time again and losing friends and family visits the North Pole and attempts to remove Jack and revert the timeline to what it was meant to be. IMDB 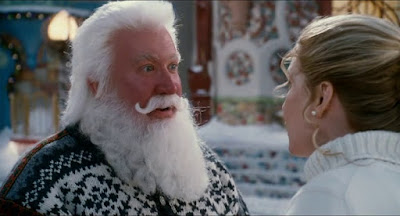 The Santa Clause movies are a lot of fun, I enjoy the second movie as I like the romance between Scott and Carol but it's also a little funnier. The first movie is probably the better "film" but a shade darker and the third is more slapstick and has a significantly smaller budget and it shows.
Great christmas movies though and I've just seen the Blu-ray boxset (I have it on DVD) but the price is a little high, maybe I'll check again after the holidays:)