Proving Ground
The location of the Xindi test site is discovered and the Andorians come
along for the ride but maybe not purely to pay off a debt.
Excellent episode, lots of action and humour with a plenty of drama and
lets not forget some great visuals. That said some of the Andorian makeup
didn't hold up too well in the very brightly lit close up scenes. 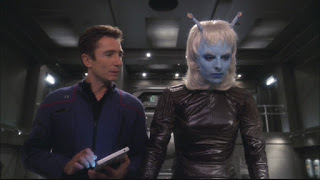 Stratagem
Degra and Archer are alone in a ship, it's supposedly years after the Earth
has been destroyed and the Reptilians have taken over and now the once
enemies are friends. A solid episode, a nice idea which was played out well
although obviously that only really works the first time you watch the episode. 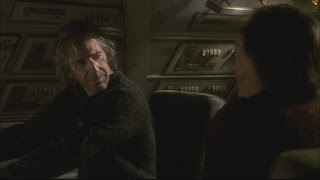 Harbinger
A pod with an alien inside is discovered in a spatial anomaly, they believe he
may be one of the builders of the spheres. Meanwhile Malcolm and the MACO
commander Hayes come to blows over what appears to me to be down to
Reeds own self doubt/confidence. On the up side Tripp and T'Pol get it on
after she experiences a little jealousy as Tripp spends time with Amanda Cole
played by Noa Tishby. 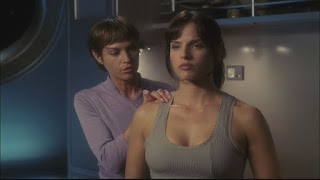 Doctors Orders
The crew are put into a deep sleep as the ship transverses a dangerous area
of space with only Phlox left to maintain pretty much everything, oh there is
of course Porthos and maybe T'Pol depending upon your state of mind.
Another top notch Phlox story with John Billingsley doing an excellent job
carrying the episode and exploring the mindset of his people when faced with
being isolated. 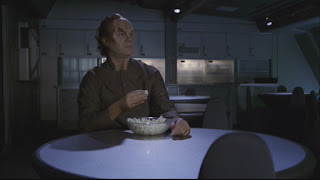