Cold Station 12
The Augments and Soong raid Cold Station 12 for the remaining unborn children
of the Eugenic wars but delays mean a stand off with the Enterprise and they resort
to cold blooded murder even of their own.
We see the true colours of the "superior" human when they turn on each other and
their "father", ultimately they moral of the story is underlined, twice. 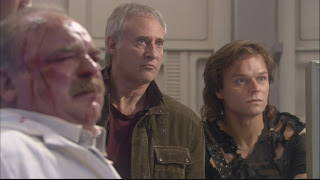 The Augments
Fleeing to an area of space called the Briar Patch with the intent of providing a secure
location to raise the next generation of Augments causes conflict between Soong and
Malik. To give them time they decide to attack a Klingon colony and provoke a war
between Earth and the Klingons using biogenic weapons.
A fitting conclusion to the Augment arc, it built on what we knew about the Eugenic
Wars and added in some Soong who paved the way for advanced artificial life, some
very nice writing. 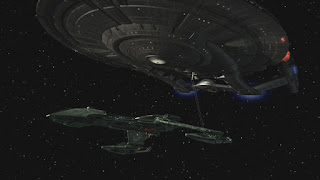 The Forge
The Earth embassy on Vulcan is bombed and the finger is pointed at a sect who claim
to follow the path of Surak. Seeking justice T'Pol and Archer enter the Forge to seek
out this sect and discover that the High Command have blood on their hands and maybe
the answer for Vulcan is to be found in the deep desert.
An excellent Vulcan story despite my own reservations that they could be so different to
the Vulcans of the TOS era. 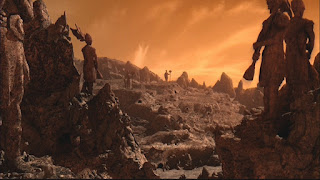 Awakening
Archer and T'Pol discover the Syrranites thanks to the information gleamed from Arev.
What they find confirms the High Command have been less than honest with Starfleet
and that they intended to strike at Andoria despite a peace treaty and they are even
willing to use tactical weapons against Vulcans on Vulcan.
Questionable Vulcan actions aside this was a good story and of course T'Pau
( Kara Zediker )  was a very nice addition linking the two eras. It's a shame stories
like this and others from the fourth seasons were not the core of the series from day 1,
so much lore/cannon to be exploited and built upon without affecting TNG etc. 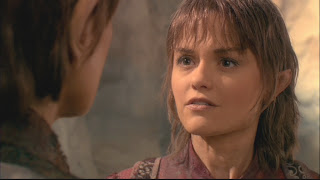