Impulse
The Enterprise find the Vulcan ship Seleya adrift in an asteroid field, the remnants of
her crew driven mad by the Trellium D, T'Pol slowly succumbs to it's effects driving
her to paranoia. Vulcan zombies in space, ok maybe that's not fair but that's what we
got and what a shame they could not have raided the ships tech. 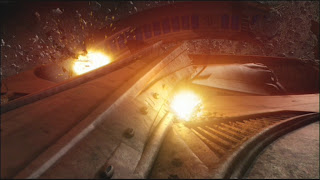 Exile
Hoshi is contacted by a powerful telepathic being who offers to help them search
for the Xindi in exchange for a little company during his work. Hoshi agrees while
the ship goes to investigate a Sphere but Tarquin isn't going to take no for an
answer when he asks her to stay forever.
The Sphere story was ok and Hoshi needs some good screen time but this story
was a little weak and doesn't do her justice. 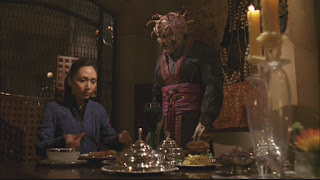 The Shipment
The source of the mineral used to power the Xindi weapon is discovered thanks
in part to Tarquin and Archer learns that the people responsible for creating it
were unaware of it's intended use. During a strained conversation a trust is built
leading the human and the Xindi to co-operate with the goal to prevent the
weapons use. This was a good episode in terms of removing some of the
demonising of the Xindi, yes we know they are being setup but it's good for
the crew to discover that fact. 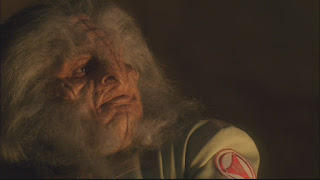 Twilight
Archer is injured as an anomaly ripples though out the ship and his brain is
infected by some sort of dimensional parasite which removes his short term
memory. Twilight is a cracking episode, we see the effects of the failure of
the ship under T'Pols command to stop the Xindi and the remnants of our
race living in fear on an alien world. Yes the reset button is convenient but
it's a diverting episode and does add a little to the overall arc without being
critical in it's telling. 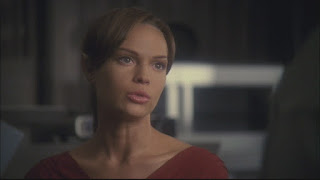