The Xindi
The Enterprise pays a visit to a penal colony to talk to a Xindi inmate but things
go wrong when the Captain is held captive and the crew lineup as a new workforce
for the mine. This was a solid start to the third season, we got to see the new MACO's
in action who prove to be a valuable addition to the crew and find a lead to the
homeworld of the Xindi. 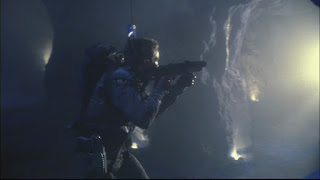 Anomaly
Spatial anomalies disrupt the starship as the Expanse shows itself to be every bit as
dangerous as the crew were led to believe. A derelict ship is discovered but the
Enterprise is then attacked by another ship who steal supplies and other tech from
her. It's the chase that eventually leads to the discovery of a giant sphere hidden
within a folded area of space.
Another good episode, lots of action and Archer has to start asking himself how
far will he go to finish his mission. 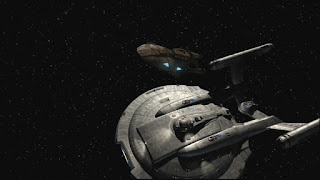 Extinction
The Enterprise visits a world known to have been host to some Xindi but the landing
party are exposed to some sort of virus which mutates them into another humanoid
life form, one that is automatically exterminated by another race who fear the spread
of this contagion. A standalone episode which is pretty much average, nothing really
new with the story except to indicate how good Phlox is but always nice to see T'pol
getting down and dirty in the oh so tight outfit. 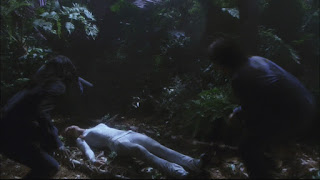 Rajin
A visit to a trading world has Archer returning with a freed pleasure slave much to his
own surprise, he treats her right but is she all that she appears to be.
Now Firefly really did this story better but Nikita Ager as Rajin played the role well
and pretty much had everyone fooled until she met T'Pol and her alien mind powers:)
Rajin was a lot of fun, worked well and gives the Xindi a lot more depth and menace. 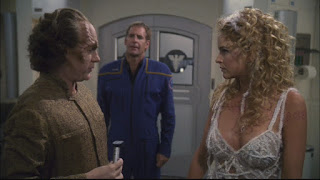 The opening four episodes of the third season are very strong, three solid arc episodes
and a standalone is a good spread, it's going to be a good season.