Storm Front Part I & II
Archer wakes up in 1944 a world where the Nazis swept across Europe and took a very
strong foothold in the Americas helped by alien technology provided by a faction fighting
the Temporal Cold War. Daniels critically injured through temporal conflicts offers what he
can to the crew of the Enterprise and together along with Silik (nothing can kill that guy)
they attempt to defeat the aliens and right what went wrong which will reset the timeline.
The show made great use of standing backlot sets and the costuming department as well
a few familiar guest actors and while wrapping up the temporal cold war seemed a little
pat maybe it would be something relatively simple to cause it to collapse in upon itself. 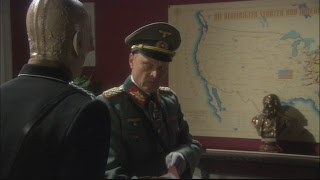 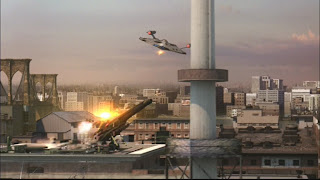 Home
T'Pol returns to Vulcan to visit her mother and she takes Trip along for the ride, well you
know what I mean. Her mother T'Les played by Joanna Cassidy  isn't too happy with
having a human guest but we learn she lost her post thanks to the "scandal" of T'Pol and
the destruction of the monastery.
Meanwhile back on Earth and undercurrent of bigotry has broken out against aliens and
Phlox experiences a distasteful interaction with such men and Archer to has debrief with
Starfleet Command and the Vulcans whilst baring his soul to the new Captain of the
Columbia played by Ada Maris.
A mixed bag but an interesting look at the planet Vulcan more of which we'll see later
in the season and the seeds for the human first backlash. 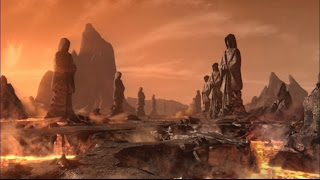 Borderland
Human augments hijack a Klingon bird of prey and in response the man who helped create
them Dr Arik Soong played by Brent Spiner  is placed on board the Enterprise to search
them out. Upon entering the Borderlands the ship is raided by Orions and a number of crew
taken to be sold as slaves and Soong agrees to help.
However he refuses to help the ship search for his "children" but that is solved when the bird of
prey attacks them and Soong escapes leading his own towards their future and past.
An excellent opener to a three episode mini-arc dealing with augmented humans whose
brethren were responsible for the Eugenics and third world wars and a fantastic role for Brent. 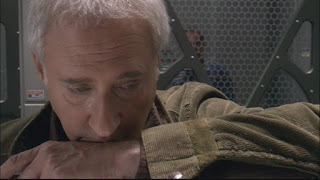 A very strong opening for the final season of Enterprise, ok maybe space Nazis are a little
cliched but the time travel/alternate reality worked well for the show. We got a very good
look at Vulcan as well which is going to pay off and of course the first part of the Eugenic
storyline and introduction of Soong, again big bucket of pay off.