Eat Me
In a damaged tranpsort pod John, Chiana, D'Argo and Jool land on a collared
Leviathan only to find it's in a decaying state and crewed by monsters and a mad
scientist. Double or even triple the fun:) 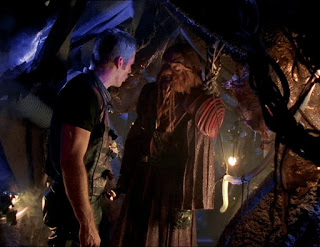 Thanks For Sharing
Talon and Crais are badly wounded and they hide in the atmosphere of a world
where they attempt to buy a compound to heal the ship. Alas the crew get involved
with local politics and Aeryn learns that her mother is alive and is now hunting Talon.
Julianne Newbould plays Felor. 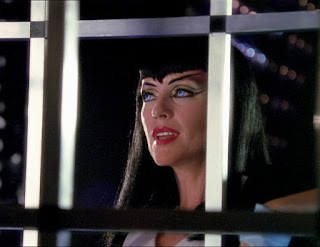 Green Eyed Monster
Onboard Talon the psuedo love triangle plays out complicated by Talon himself who
echoes Crasis's desire for Aeryn and mistrust of John. This episode was written by
Ben Browder and is both funny, dramatic and action packed, easily in my top 5 eps. 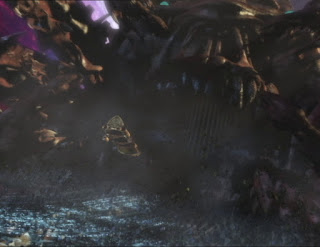 Losing Time
Moya is "invaded" by energy based beings which are capable of controlling the bodies
of those that take and the hosts are unaware leading to periods of lost time as the first
clue something is wrong. Scorpious is now experimenting with wormholes. 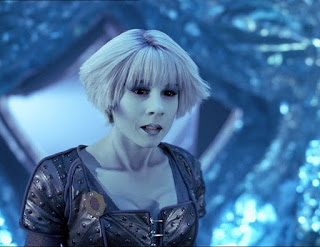 Relativity
The Peacekeeper Retrieval Squad lead by Aeryn's mother captures Talon and his
crew and a duel of wits and emotions takes place while John and Crais battle a
couple of trackers. Linda Cropper plays Xhalax Sun.