The Locket
A mist surrounds a world and Aeryn has been missing a day after going to scout the area.
When she returns she claims to have lived a lifetime on another world and warns them
they must leave before they to are trapped. A rather touching romance which spans over
6 decades in the alternate time stream coupled with some good scifi. 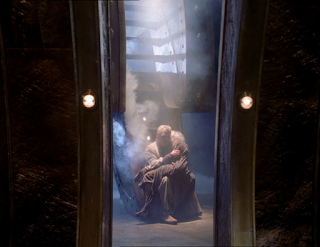 The Ugly Truth
Stark and Talon/Crais return to the fold but the destruction of ships belonging to a
weapons dealing society has the crew of the Moya on trial. Not my favourite episode
of this season so much so it's not going to be watched as a standalone. 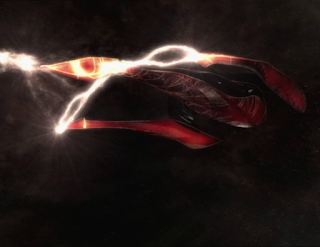 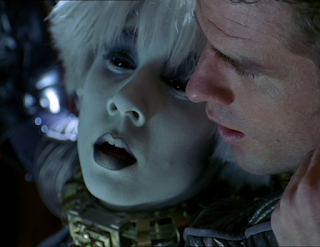 Liars, Guns and Money (1): A Not So Simple Plan
D'Argo now knows where his son is and what it will take to get him back but faced
with huge odds he finds little support from his friends and so he does something stupid.

Liars, Guns and Money (2): With Friends Like These...
The consequences of the failure at the Shadow Depository means Plan B has to be
put into operation but that brings it's own problems and ultimately a sacrifice on the
part of one of the crew. The final part of this trilogy is on the next disk:) 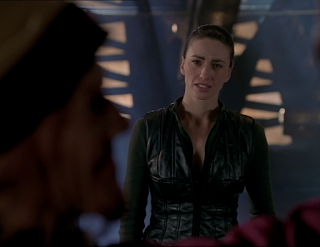