Liars, Guns and Money (3): Plan B
With Crichton the prisoner of Scorpius and under going the procedure to have the
neural clone removed is friends are still planning on attacking the depository in a do
or die rescue attempt.
We learn a lot more about Scorpius through his "clone" and even more so how much
John has become part of the family of Moya. 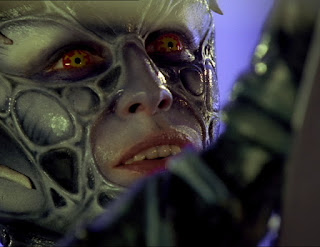 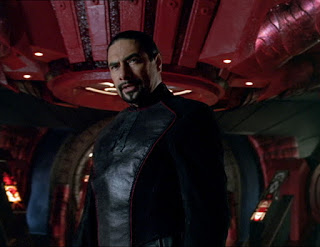 Die Me, Dichotomy
Overloaded with currency Moya flees to a planet where Rygel informs them of an
alien medical specialist who resides there. With enough cash John could be treated
and with the clone removed back to his normal self but of course who else do we
know that has had some exotic medical work done.
A rather low key season finale even with it's cliffhanger. 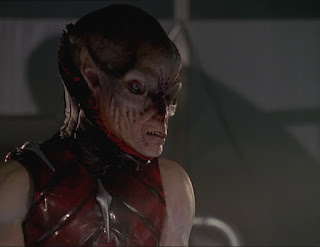 Season 2 was a lot of fun, there were two trilogies which were both very very good
particularly the Princess one and making full use of characters and situations we've
met previously also pays off adding depth to the stories.
An interesting cliff hanger in the finale.