S1E13 "Route 666"
Road deaths at the hand of a ghostly truck and a call for help from a "friend" of Deans has the boys investigating a history of racial prejudice which spans death and the afterlife. Fans of The 4400 will recognise the beautiful Megalyn Echikunwoke in the role of Cassie the former girlfriend who knows about his families calling.
An interesting mix of story elements but works pretty well. 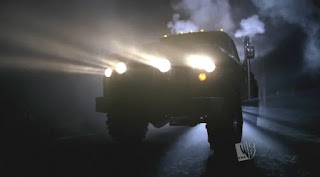 S1E14 "Nightmare"
Sam begins to have visions beyond those of his own home and following the clues leads to a troubled family and alarming similarities to the events that shaped Sam's life. Not a favourite of mine but significant in terms of the series arc.

S1E15 "The Benders"
A young boy witnesses a man being dragged away by an unseen force but investigations are hampered when Sam himself vanishes but when Dean teams up with a local deputy the mystery reveals to be less of a spiritual/mythical issue and more of the mundane blackness with the heart of men. You've seen this story many a time on cheap and cheerful slasher flicks and while doing something different is always worthwhile it really doesn't work for television.
Jessica Steen guest stars as the deputy.

S1E16 "Shadow"
A young woman is chased down by a shadowy figure who that proceeds to mutilate her. Investigating the case which has the hallmarks of a demon inspired murder the boys find a mysterious symbol and run into Meg which may be too much of a co-incidence. A surprising piece of information comes to light and combined with a revelation about Meg the boys go to war but there is still one more surprise to come. Pretty good episode and well Meg is just awesome:) 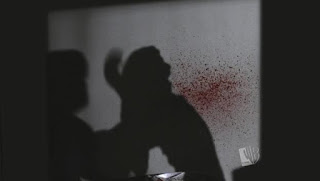 S1E17 "Hell House"
The dilapidated house in the middle of nowhere surrounded by local legends lead Sam and Dean to discover the truth when a girl is reported to have been hung in the cellar. Talking to local youths offers up some information but proves more troublesome than they are worth. Yes folks this is where we meet the Ed and Harry the loveable rogues who cross paths with the boys later in the series. 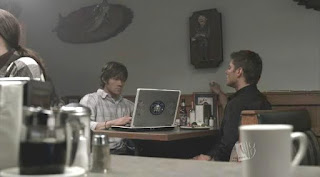 S1E18 "Something Wicked"
"Two Queens", delivered beautifully:)
Children are succumbing to an unknown pathogen but as we see in the teaser dark forces are afoot draining the life from the kids and Dean has met this creature before. Good episode with some nice flashbacks to the time Dean was left in charge of his kid brother and this time Dean won't fail to protect the kids. 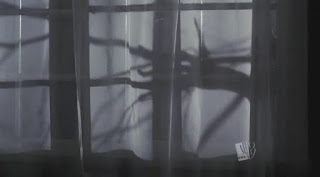